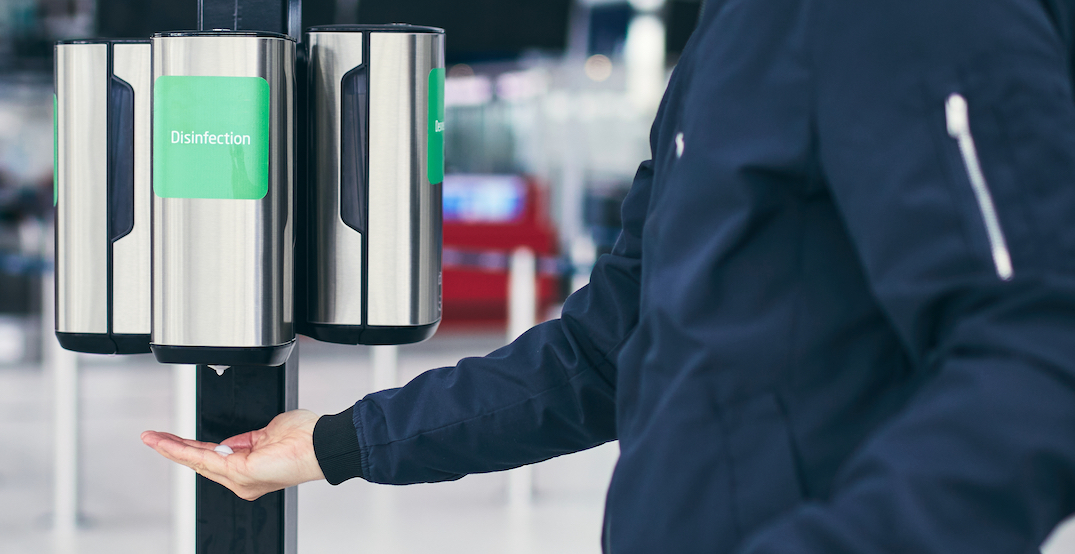 As part of its series of enhanced health safety measures under BC’s restart plan, TransLink says it has installed hand sanitizer dispensers at the region’s busiest SkyTrain stations.

These dispensers could prove to be useful for anyone who has come into contact with commonly touched surfaces, such as poles, railings, seats, doors, windows, and buttons.

They are currently looking at options for more locations.

Over the coming weeks, with ridership expected to increase from the reopening of businesses and services, TransLink is rolling out enhanced health safety measures for passengers and its maintenance practices.

“Our job at TransLink right now is to provide mobility to the people of this region in accordance with public health and work safe guidelines, and to re-ensure the general public and our customers that it is safe to ride public transportation as people slowly return to ride our services,” said TransLink CEO Kevin Desmond during today’s Mayors’ Council meeting.

New signage and floor decals at SkyTrain stations will provide guidance on physical distancing when passengers are going through fare gates, passageways, and staircases, and waiting on the platforms. The stations with the eight highest ridership will see the marking changes by next week, while all other stations will see their markings by June 19.

Decals will also be installed at key bus stops. Temporary plexiglass or vinyl dividers have been installed on all buses to help protect drivers, allowing fare collection and front-door bus boarding to resume on June 1.

On the same day, TransLink will lift seating restrictions on buses, which will permit each bus to carry a 66% capacity load — up from the current capacity restrictions of 30%.