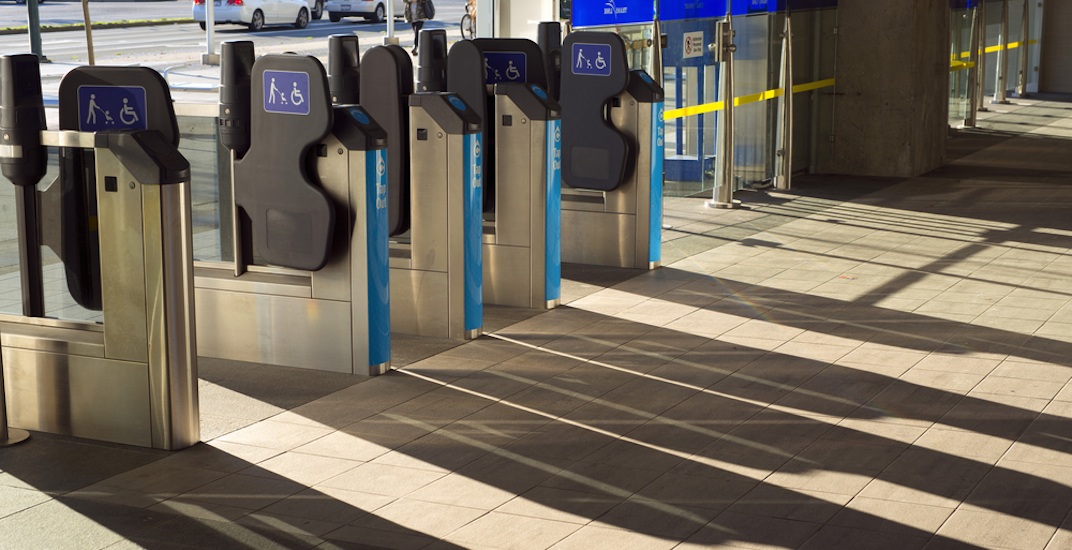 Mark your calendars, as it is almost that time of year when TransLink is slated to increase its fares for Metro Vancouver’s public transit system.

As determined by the annual fare increase schedule created earlier in the decade, fares will go up again on July 1, 2019 to help fund TransLink’s $2-billion Phase One expansion and improvement plan, including:

This summer, single-trip adult and concession fares using the Compass Card’s stored value will both go up 10 cents for any number of zones travelled, amounting to a 30 cent and 20 cent increase, respectively, since fares started going up annually in 2017. 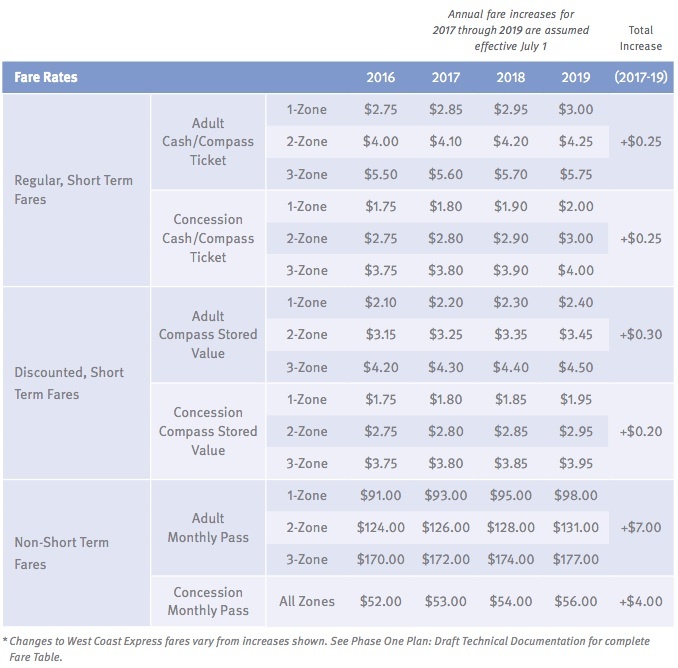 Scheduled transit fare increases in Metro Vancouver from 2017 to 2019. (TransLink)

Separate fares for the West Coast Express will be seeing increases on Canada Day as well.

Transit riders can expect a new schedule of fare increases in 2020 and 2021 of 10 cents to 15 cents on a single-trip fare and 50 cents to $1.00 on a monthly pass to support the $7.3-billion Phase Two transit expansion plan, which includes:

These smaller, annual fare increases are designed to limit the effect on passengers as previous major increases at the start of the decade discouraged some people from using transit and reduced fare revenues.

Later this year or in 2020, TransLink plans to implement a new fare system that abolishes SeaBus and SkyTrain’s existing zone system in favour of a distance-travelled fare system, which is commonly used on other major subway systems and now made possible in Metro Vancouver with the Compass Card.