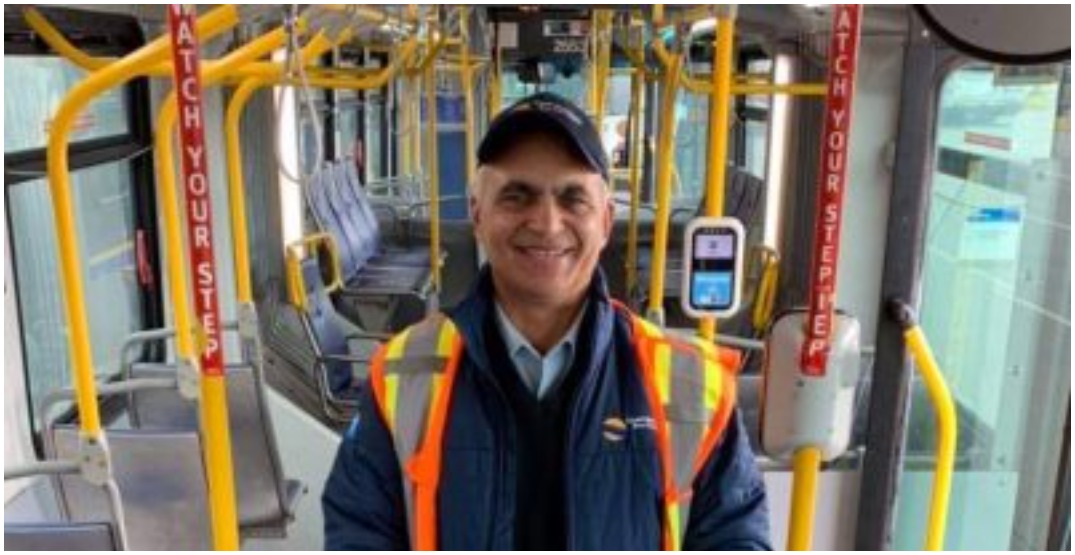 A 20-year veteran of the Coast Mountain Bus Company has passed away after a tragic incident in downtown Vancouver earlier this week.

In a statement, TransLink CEO Kevin Quinn says, “It is with a heavy heart that I share with you that the employee who was critically injured in Monday’s incident involving two Coast Mountain Bus Company buses has passed away.”

TransLink will have a moment of silence at 3 pm on Wednesday, September 29, to honour bus operator, Charanjit Parhar. He will be remembered by coworkers and Unifor Local 111 union members and all Translink vessels and vehicles will be stopped in reflection.

Quinn adds, “This is an incredibly difficult time for all of us across TransLink and we are offering all employees support and counselling.”

VPD is also looking for witnesses or anyone with dash-cam footage.

“The circumstances of this fatality are heartbreaking,” says Constable Tania Visintin. “VPD’s Collision Investigation Unit is working closely with Coast Mountain Bus Company and Worksafe BC to determine the cause of this collision.”

“To honour his life and dedication, there will be a moment of silence on all buses and SeaBuses at 3 p.m. today, flags will be lowered to half-mast and black ribbons will be tied on our buses on Friday,” said McDaniel.

“I have offered my deepest condolences to the employee’s family, friends and co-workers and we will mourn together. This news has sent shock and grief across our organization, and we are offering counselling and support to all employees.”