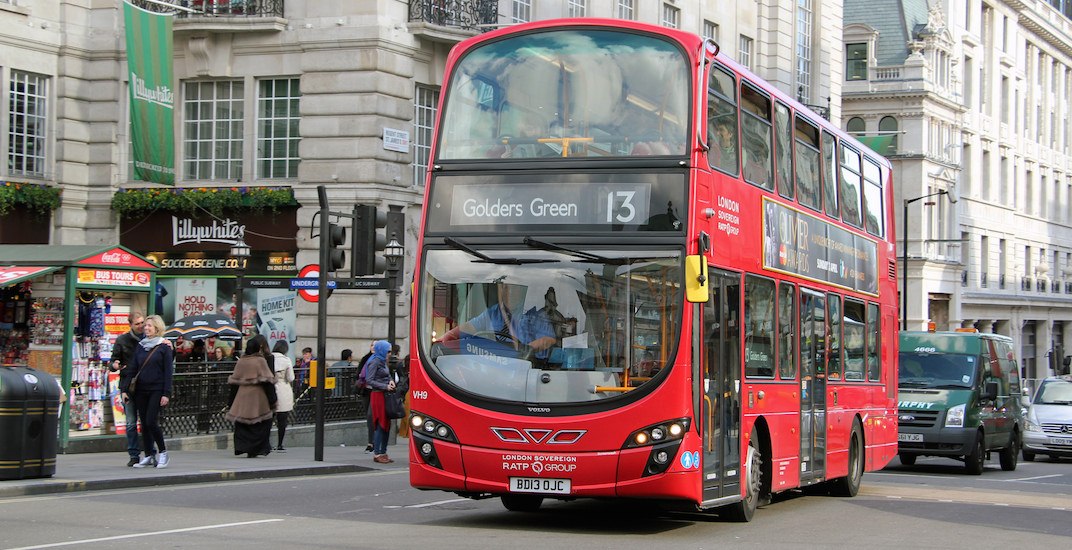 It will be just like the double decker buses famously used on the public transit systems in London and Hong Kong.

TransLink announced today it will be rolling out double decker buses onto Metro Vancouver’s public transit system this fall as part of a pilot project to test the feasibility of running the two-storey buses on certain routes.

TransLink CEO Kevin Desmond, who was previously the general manager of King County Metro Transit in Seattle, told media during a press conference that double decker buses running on routes from Everett to Seattle are highly received by passengers.

“Their customers really love the double decker buses. They have better capacity than a 40-ft bus. A double deck bus can seat close to 100 people, and they’re pretty comfortable,” he said.

Double-decker buses are best suited for long-distance routes, with a greater number of passengers boarding and exiting at the terminus stations, as the number of ascents and descents on the bus staircase are less than what can be expected from the vehicle operating in an heavily urbanized route, where trips tend to be shorter.

These buses are already used for long-haul routes by BC Transit in Victoria and GO Transit in Toronto. BC Transit first introduced double decker buses to Victoria’s transit system in 2001, and the city’s fleet of double deckers has since grown from 10 buses to over 50 buses.

The pilot project will last for a few weeks and allow the public transit authority to gauge the performance of the vehicles and how passengers, drivers, and maintenance crews respond.

“I hope it it something we can introduce into the region after we have a chance to test them,” he added.

The exact routes the double decker will operate on will be made public at a later date.

Earlier this year, TransLink conducted a three-month pilot project on operating a single 4o-ft Chinese electric bus on a handful of routes. It will also commence a longer term 2.5-year-long electric bus pilot project, with four 40-ft electric buses provided by Canadian bus manufacturers, at a cost of $6.9 million starting in mid-2018.