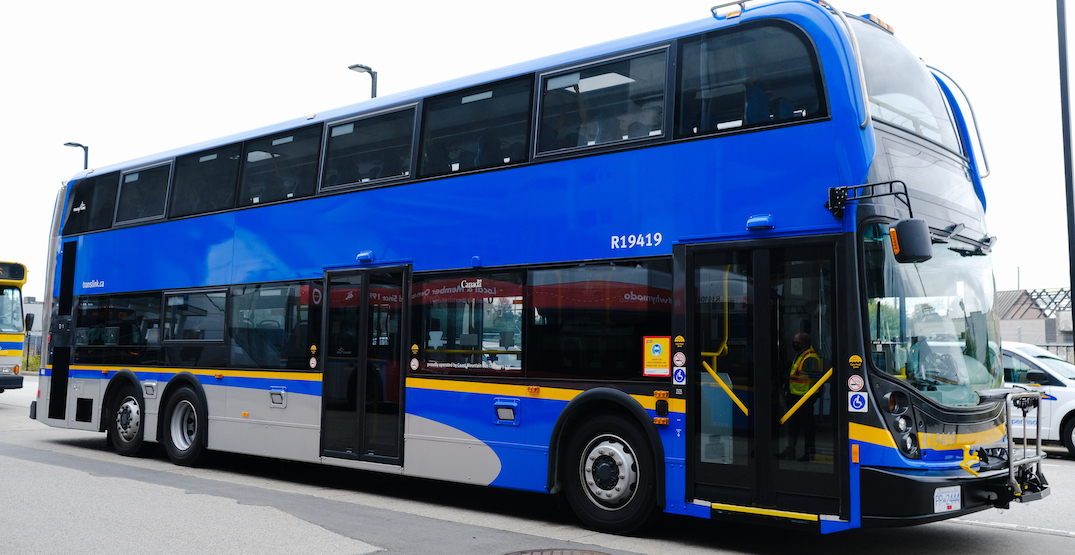 This model of double decker bus has the same length as a regular 40-ft bus, but they fit more passengers, with seating capacity alone reaching 83 passengers — an 83% increase over the existing coaches. The features include plug-in USB charging outlets, and a wide and well-lit staircase with a TV screen that allows passengers to see vacant seats before going upstairs. The first level is fully accessible with a low floor and boarding ramp. 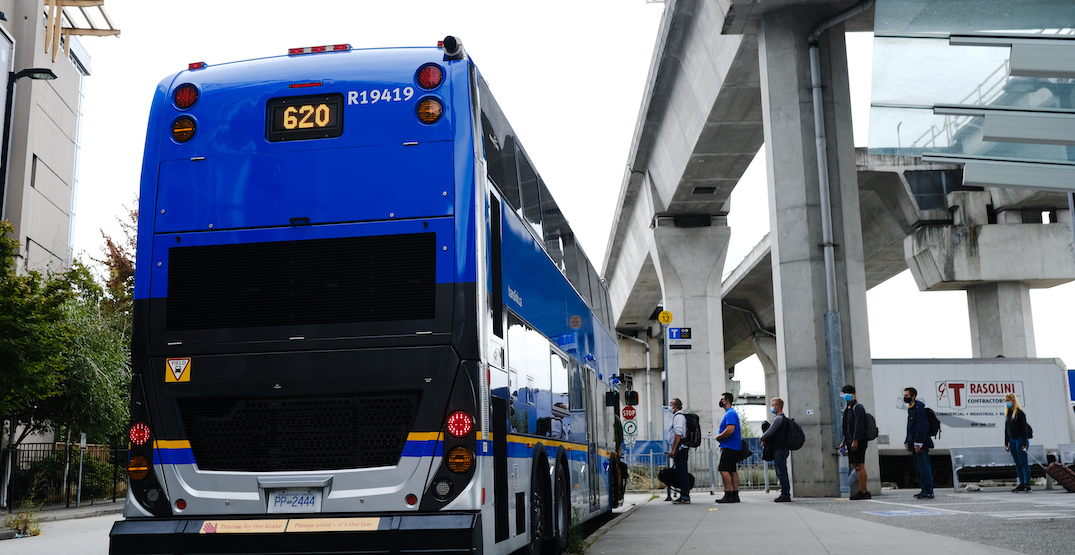 Double decker buses are now operating on three routes, specifically the No. 301 Newton Exchange/Richmond-Brighouse Station, No. 620 Bridgeport Station/Tswwassen Ferry Terminal, and No. 555 Lougheed Town Centre Station/Carvolth Exchange. The first of these buses went into service in October 2019.

Starting on September 7, as part of the Fall 2020 service changes, the No. 351 Crescent Beach/Bridgeport Station route will be upgraded to a double decker bus service.

TransLink had previously planned to switch the No. 354 Bridgeport Station/White Rock South route with double decker buses, but in late July a decision was made by White Rock City Council to reject city staff’s proposal to prune trees along the route. Tree pruning is required to provide the double height buses with a safe clearance.

By the middle of 2021, TransLink’s double decker bus fleet will grow to 57 vehicles from the arrival of 25 additional vehicles. This second order was originally scheduled to arrive by the end of 2020, but it has been postponed due to COVID-19.

Each double-decker bus costs about $1 million — approximately the same cost as a 60-ft-long articulated bus or a 40-ft-long, electric-battery bus.