TransLink had proposed turning the No. 354 Bridgeport Station/White Rock South route into a double-decker bus service, but this necessitated the municipal government to consider undergo tree pruning at 16 locations.

According to a city staff report, a total of 16 locations require pruning, with 12 locations being “straight forward” changes, while the remaining four locations require “heavy pruning.” This includes pruning over 25% of seven trees, and the removal of one tree.

Pruning is required to maintain a safe clearance and visibility for double-decker bus operations.

The municipal government would bear the $5,200 cost of pruning, as it is responsible for roads and the maintenance of the right-of-way.

But city council decided to vote against staff’s recommendation to proceed with the pruning, with several councillors commenting on the desire to protect the tree canopy and already-weak trees along the route.

“I don’t believe we need a double decker bus on this route, especially at the expense of losing even more tree canopy,” said councillor Erika Johnson, who asserted the No. 354 is not busy and that this weekday peak hour-only service does not warrant the changes. 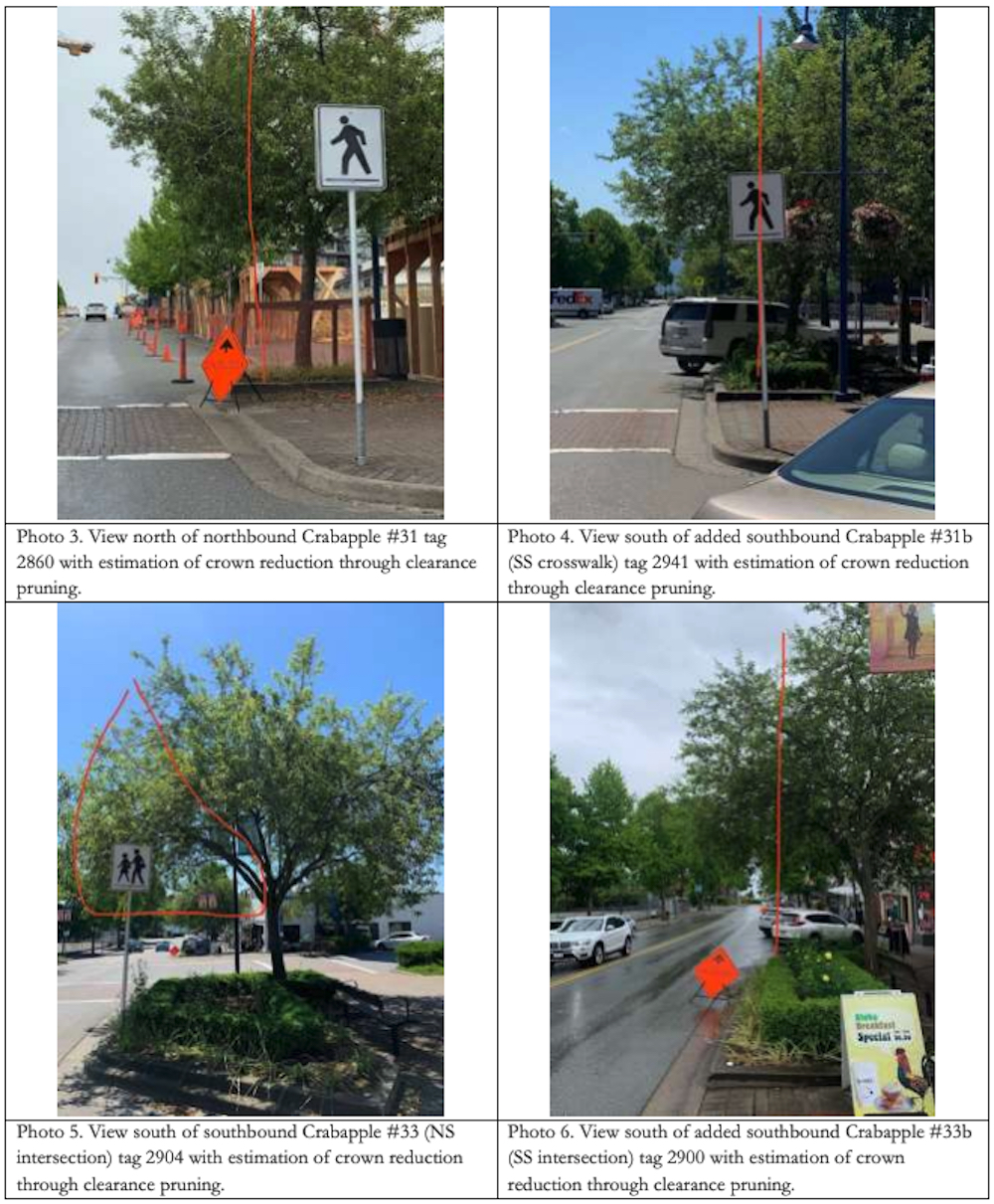 Example of the required tree pruning in White Rock for double-decker buses on the No. 354 route. (Urban Grove Tree Care & Consulting/City of White Rock)

Mayor Darryl Walker was the lone vote in support of the pruning, asserting that the tree pruning is necessary for the improved bus service, and that the extra capacity from the double-decker buses could be sent to another municipality if city council rejected the plan.

“About a year ago, TransLink came out here and we had a forum at the community centre, and that forum was about bus changes that were going to take place in the South Surrey-White Rock area, and it was about when we were going to get the service, that is the people of the community, they expected,” said Walker.

“And one of the things that I think made them feel a bit better was, although it was a ways down the road, that double-deckers were coming. My sense in this one is we can do what we want, and TransLink will say, ‘that’s fine, we won’t give you a double-decker, you can get a single-decker and that’s what you’re going to end up with.’

“My comment is, there’s people in this community that I’ve got a feeling who might be a little frustrated because maybe they’re left behind at some point on these [regular] buses… I’m pretty sure TransLink can say, ‘thanks very much, there’s a lot of other communities that are looking for double-decker buses.'”

Others in council argued they would support such measures for the No. 351 Bridgeport Station/Crescent Beach, as it is the “busy route.”

According to TransLink’s latest statistics, in 2019, the No. 354 recorded 222,000 annual boardings, with an average of 890 weekday boardings. It ranked as the region’s 140th busiest route out of 216 total routes. The potential holds for the No. 354 to be eventually upgraded to an all-day, seven-day service in the future. 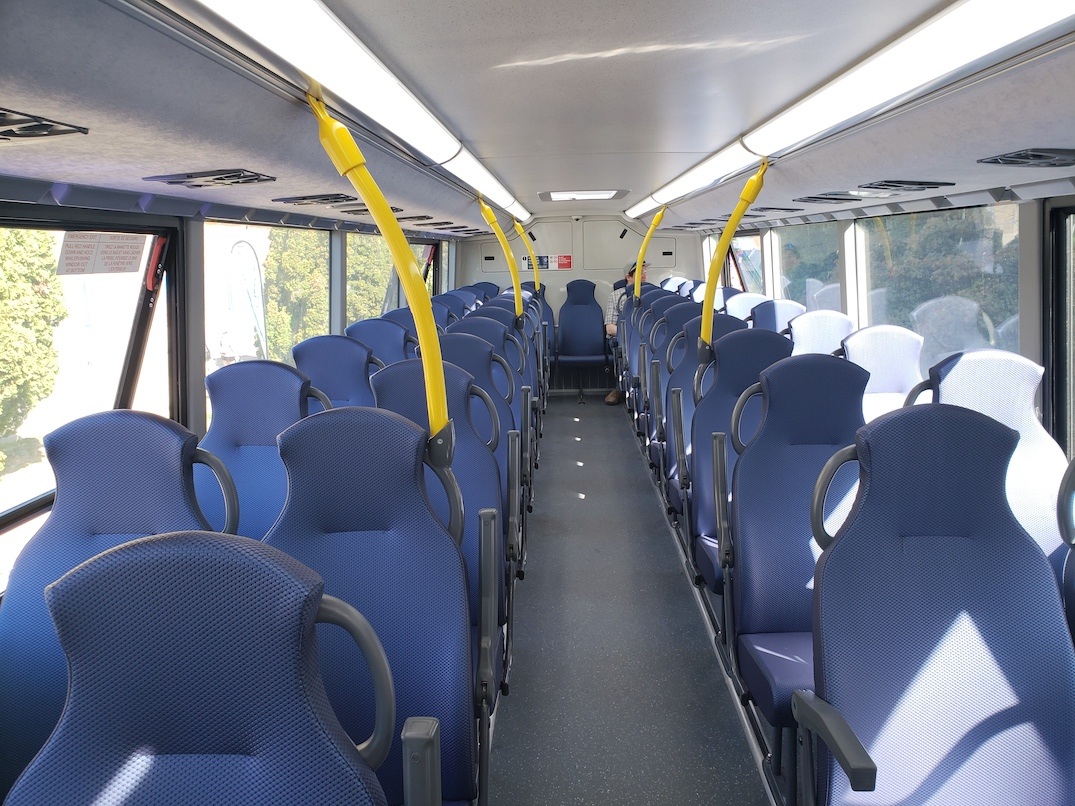 The No. 351 is scheduled to relaunch with a double-decker bus route later in the third quarter of 2020.

Bus routes that currently operate with a double-decker bus are the No. 301 Newton Exchange/Richmond-Brighouse Station, No. 620 Tsawwassen Ferry Terminal/Bridgeport Station, and No. 555 Carvolth Exchange/Lougheed Town Centre Station.

Each double-decker bus costs about $1 million — about the same cost as a 60-ft-long articulated bus.

These buses have the same length as a regular 40-ft bus, but they fit far more passengers, with seating capacity alone reaching 83 people — an 83% increase over the existing coaches.

Interior features include plug-in USB charging outlets, an LCD television screen allowing passengers to spot vacant seats before going upstairs, a wide and well-lit staircase with handrails, and full accessibility with a low-floor and boarding ramp.