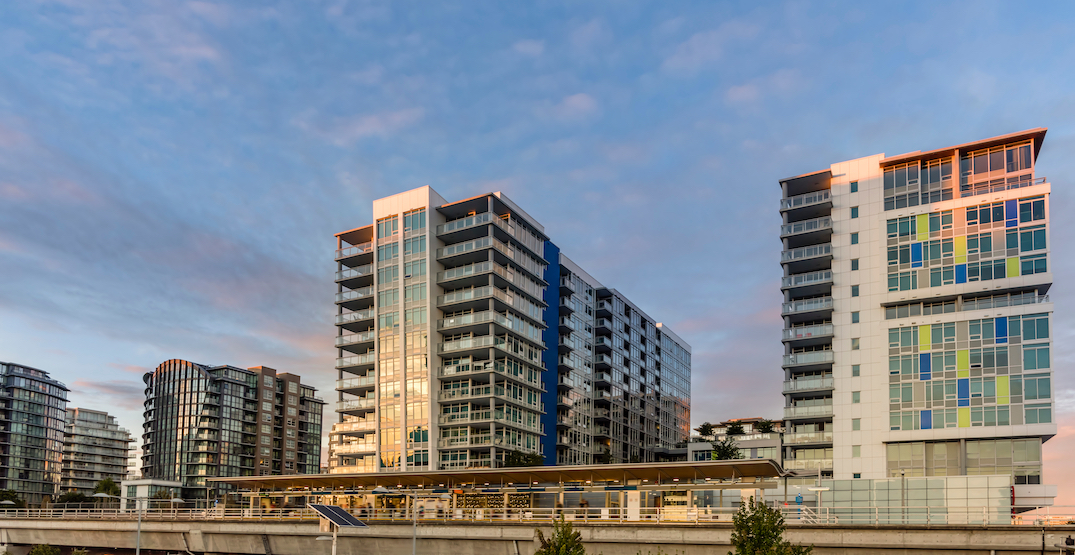 The rates for TransLink’s new development cost charge (DCC) on all new buildings in Metro Vancouver will go up in 2022.

The board of directors for the public transit authority is expected to approve a nominal 0.6% increase in 2022 this week. TransLink began collecting the fees from developers in the DCC’s first year in 2020 after the revenue source received necessary approvals in 2018.

The DCC was introduced as one of the new and increased revenue sources to help fund TransLink’s multi-billion dollar transit expansion plans.

The DCC policies stipulate that annual rate increases can only go up as high as the rate of inflation. The 0.6% increase is considerably lower than TransLink’s 2018 Investment Plan’s expectation that the 2022 inflation rate would be 2.4%, which would, for instance, lead to a $71 increase in next year’s DCC for single-family dwellings instead of the planned $18.

For the DCC’s first year in 2020, TransLink collected a total of $19.7 million — about 20% than the $24.6 million originally forecast due to the economic impacts of the pandemic.

As of the second quarter of 2021, TransLink’s DCC is tracking above original estimates for this year to date year, with $12.9 million exceeding the budgeted $8.4 million by 53% for the mid-point of 2021. The public transit authority’s budget targets a year-end total of $16.9 million, but with the region’s current heightened level of development activity, updated forecasts show it could reach $25.8 million.

The TransLink DCC joins other similar development cost charges applied by Metro Vancouver Regional District and individual municipal governments in the region to fund infrastructure and utility projects. Some municipal governments suspended or lowered planned hikes in 2020 due to the pandemic.

The regional district is currently contemplating increasing its sewerage DCC rates, particularly in Vancouver, where residential rates could almost double: new single-family homes will go up from $1,811 to $3,335, new townhomes from $1,618 to $2,983, condominiums/apartments from $1,072 to $1,988, and the square footage rate for non-residential space going up by 75%.

Additionally, the regional district is proposing introducing a new separate DCC to support its future water supply infrastructure projects, but this would be a flat rate fee for all developments.

These fees are charged to the building developer during the planning process of development, but this cost may eventually be passed to the end users of a building through higher rents and property prices.