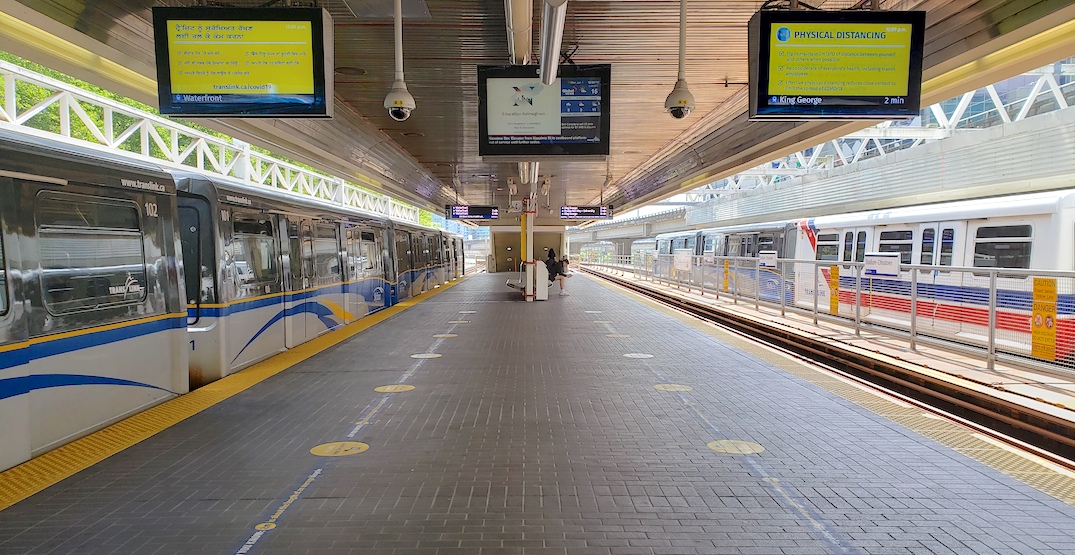 There is a long road ahead before TransLink will be able to reach its completely unfettered pre-COVID-19 ridership levels experienced as late as February 2020.

A new report ahead of Thursday’s TransLink board meetings highlights both risks and opportunities with the shocks and disruptions on transportation demand induced by the pandemic.

“Transit ridership will likely remain well below pre-COVID levels until some time after the pandemic and its recovery will be heavily dependent on the degree to which people still feel some lasting proximity anxiety; rates of unemployment; and the degree to which the roughly half of workers in our region that are able to work from home, continue to do so,” reads the report.

“There is a risk that previous regular transit users will start making more of their trips instead by automobile for understandable reasons, and that these habits will stick post-pandemic. A key near-term transportation objective during this pandemic period should be to minimize resident’s needs for new single-occupant auto trips. The low fuel prices in the region exacerbate this challenge.”

These are highlighted as short- to medium-term challenges of returning ridership to its previous levels. The report emphasizes there will always be an important role for public transit in Metro Vancouver, with residents desiring “good, safe, affordable, and reliable travel choices” and wanting to avoid congestion.

As well, the region’s long-term success and greenhouse gas mitigation goals depend on density supported by a “robust and reliable transit system.”

COVID-19 is likely to have an impact on transit ridership over five years. During this period, TransLink staff are suggesting a range of mitigation measures, such as incentives and promotions, increase reliability and convenience of bus services with extensive bus priority, and securing stable revenues with a new funding model that depends less on user fees, given that it is an essential service.

With increased unemployment and household financial strain for the foreseeable future, the schedule of planned fare increases could be suspended. This measure is already being implemented, as the planned annual fare increase on July 1, 2020 has been cancelled.

Although there is softened demand for high-density residential, this can be mitigated by making higher-density living more attractive, ensuring planned developments have enough space to avoid overcrowding, and shifting growth emphasis to mid-rise development along more corridors.

As for the outlook on the fiscal impact over the short term, TransLink’s latest projections show it will see a revenue shortfall of between $379 million and $533 million for 2020, which is slightly lower than the worst-case scenario presented in April.

With the revenue shortfall and budget cuts accounted for, a budget deficit of between $222 million and $376 million is forecast this year.

As of the first week of June, ridership had increased to 33% of normal levels — up from the pandemic low of under 20% in early April. With these numbers, the pandemic and recovery period’s ridership rebound appears to be following the “high transit demand” scenario of ridership reaching 35% pre-COVID-19 levels in June, 55% in July, and 60% in August to the end of the year, with buses running at 66% capacity and rail at 50%.