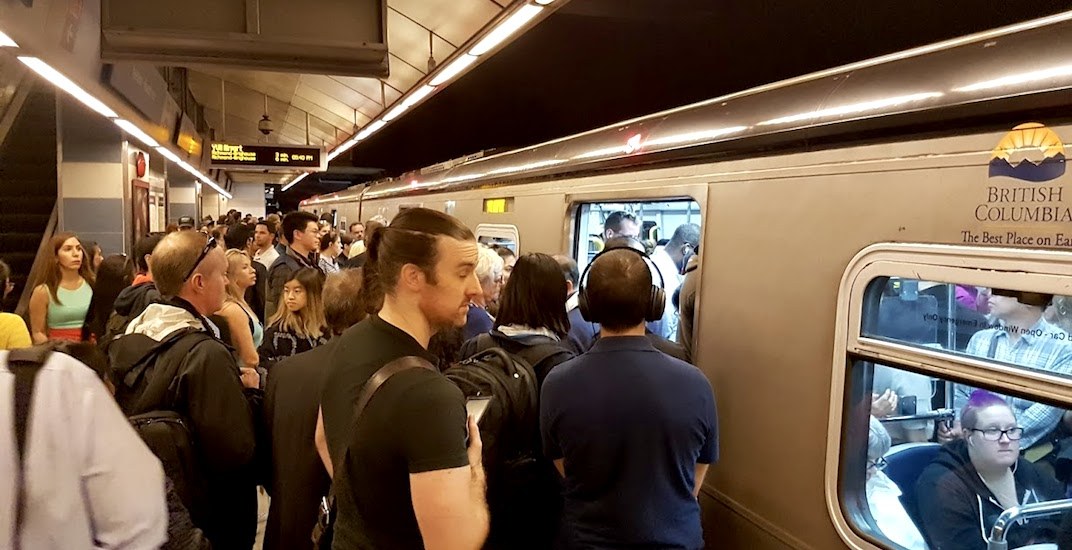 UPDATE at 9:40 am: Trains are said to be returning to regular service in both directions.

Commuters should still expect delays in both directions and travel times get back to normal.

UPDATE at 9:23 am: TransLink has announced that they’re terminating service at Olympic Village.

A shuttle train is being set up between Olympic Village and Waterfront.

A SkyTrain delay is holding up commuters this morning.

TransLink has announced that they’re currently experiencing delays on the Canada Line.

The transportation agency shared on Twitter that a medical emergency was affecting travel in both directions.

#SkyTrain Canada Line is experiencing southbound/northbound delays from due to medical emergency at Vancouver City Centre Station. Updates to follow.^RR

We’re just getting info now that there is potentially a medical emergency at one of the stations and they are holding trains. Listen for PA announcements for more info and as soon as we have all the details we’ll tweet it out. ^DA

Commuters who are able to take alternate routes by either the Expo Line or bus are advised to do so.

@TransLink what’s up with the canadaline? Both direction trains stuck at Landsdowne station with the doors open.

@TransLink what’s up with Canada Line? Stuck at Bridgeport for a while now…