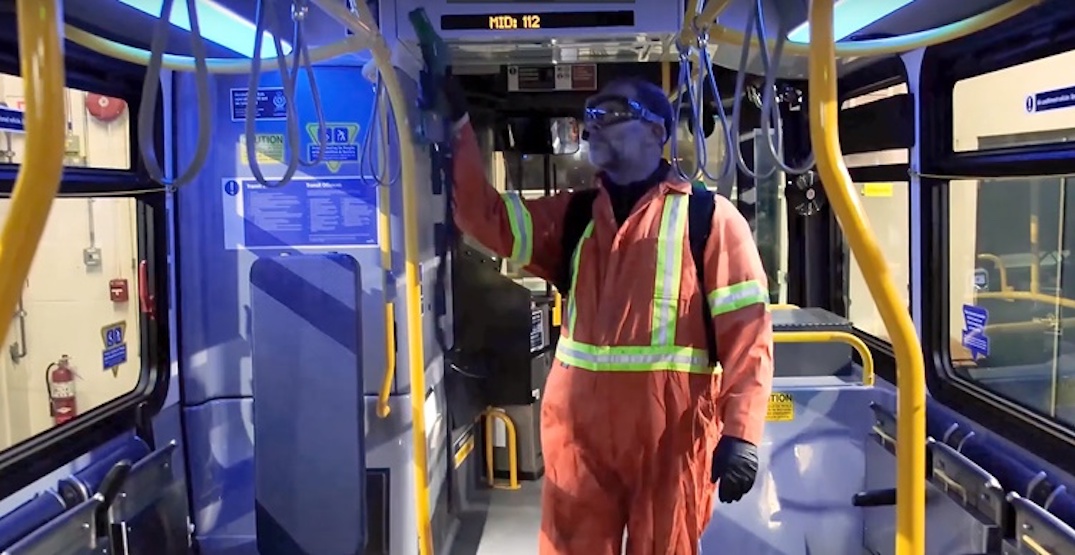 The Burnaby employee’s workspace has been thoroughly cleaned and disinfected as a precaution.

For the case in Port Coquitlam, health officials did not identify the employee involved, but TransLink says a Port Coquitlam bus driver disclosed to CMBC that they tested positive for the coronavirus.

As a precautionary measure, all relevant workspaces used by this bus driver have been thoroughly cleaned and disinfected.

“These employees have our full support and we wish them a speedy recovery,” reads the release. “British Columbia has very strict privacy laws and whether to disclose any further details on these cases would be a matter for the Provincial Health Officer.”

To protect both employees and passengers, TransLink has implemented a series of major measures to ensure physical distancing on buses, including rear-door bus boarding and free bus rides to reduce interaction from fare payment, as well as a strict passenger capacity limit on buses that removes about 50% of the seating capacity and bans standing capacity.

Decals, spaced two metres apart, on sidewalks of major bus stops are also being installed to provide visual markers for physical distancing while queuing for a bus. CMBC has also accelerated the installation of the protective barrier shields for bus drivers onto more buses, which were originally intended to protect drivers from physical assaults.

This is in addition to enhanced cleaning and disinfecting measures that began in early March.

Ridership on public transit services has plummeted over the last three weeks.

As of today, a total of 1,066 known and positive cases of COVID-19 have been recorded in BC, including 497 cases in Vancouver Coastal Health jurisdiction, and 367 in Fraser Health Authority jurisdiction.

Of the total cases, 142 are hospitalized and 67 are in critical care. To date, 25 people in BC have died from the illness.