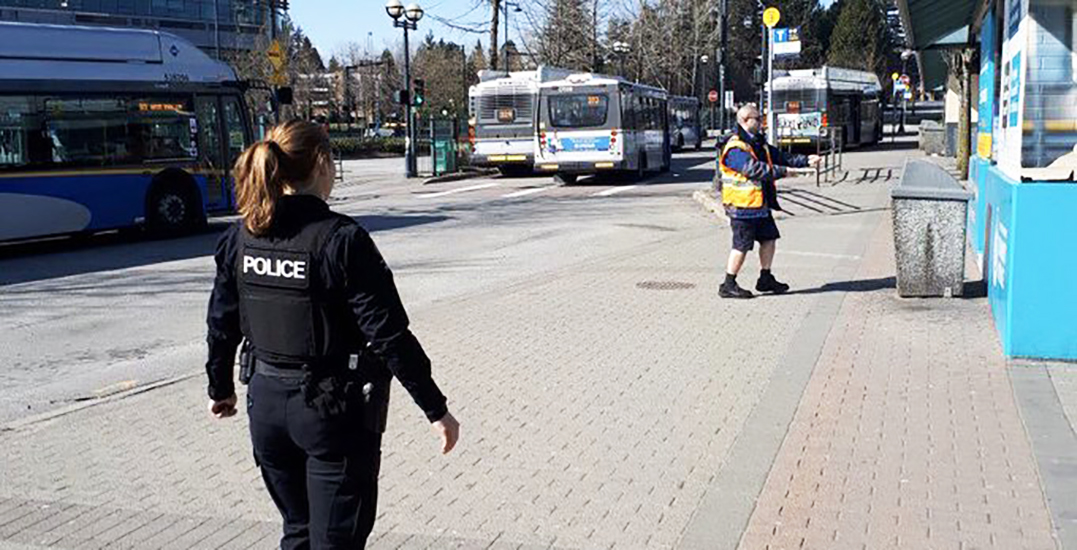 Metro Vancouver Transit Police are investigating several incidents that took place over the weekend, including a victim who was allegedly sucker-punched and a man who kicked a bus door due to “stress.”

On Saturday evening, a bus was stopped at the intersection of Abbott and Cordova to pick up passengers.

Although the bus had stopped, the doors had yet to open. Sgt. Clint Hampton, spokesperson for Metro Vancouver Transit Police, told Daily Hive that the suspect allegedly began swearing and kicked the door of the bus, causing it to crack.

“When asked why he had kicked the bus the suspect responded, ‘It’s been a stressful day,'” said Hampton.

The bus driver didn’t notice the crack in the door until later, but police have launched an investigation for mischief.

The second incident took place on Sunday night at the Edmonds SkyTrain Station in Burnaby. As the SkyTrain approached Patterson station, a suspect reportedly walked past the victim, sucker-punching him in the face.

Police say that a suspect has yet to be identified; however, the investigation is still early on and video review will also take place.

#MVTPWeekendHighlights @TransitPolice Officers:
✅Acknowledge the terrible events and senseless loss of lives in Nova
Scotia, including Cst Heidi Stevenson of the RCMP
✅Investigate man sucker punched in the face by a stranger
✅Arrest a woman for theft/warrant & breach pic.twitter.com/bCcV5ho1V1