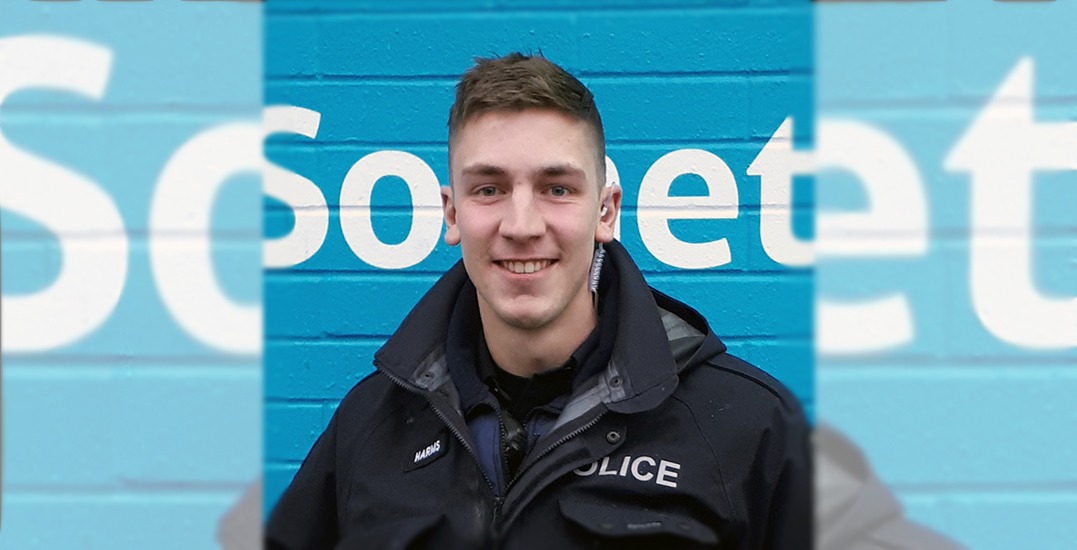 Cst. Josh Harms, 27, was on duty when he was shot by Daon Gordon Glasgow at the SkyTrain station on Wednesday, January 30. Glasgow — who has a long criminal history — was arrested after a four-day manhunt.

Cst. Harms was back on the job on May 7. According to Metro Vancouver Transit Police, he has “undergone surgery and extensive physical rehabilitation” and will be assigned to light duties with the detectives in the General Investigation Unit for the time being.

We are happy to welcome Transit Police officer Cst. Josh Harms back to work after he was shot while on duty in January. See media release for details. #WelcomeBackJosh https://t.co/awg0eukOyb

“After several months of recovery among compassionate family, friends and coworkers, I am excited to be back at work and contributing to a safer Transit system,” said Harms in a statement.

“I look forward to returning to patrol as soon as possible, and would like to thank all who supported me as I navigated this complicated time in life.”