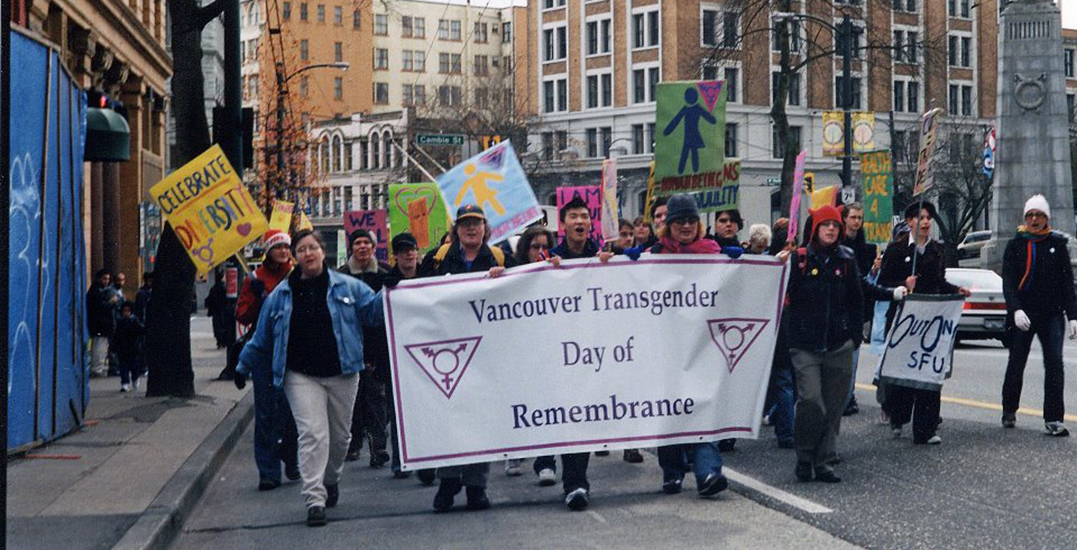 Transgender Day of Remembrance 2018 takes place in Vancouver today and marks the final day of the Trans Week of Resilience.

The event honours the hundreds of trans and gender non-conforming individuals that are murdered every year. Trans Day of Remembrance brings attention to those marginalized throughout the world and honours the lives lost to hatred and violence.

“Each year on Nov. 20, we honour the memory of transgender people we have lost because of transphobia and violence, and vow to fight against the erasure of trans people and trans identities in our culture and our history.

As we remember those who have been taken from their friends, family and communities, we commit to working together to make our province a place where transgender people are safe, loved and celebrated.”

A march will take place on Tuesday, November 20, starting in front of the Carnegie Community Centre and moving down East Hastings Street to the SFU Harbour Centre.

From there, a memorial will begin, including the reading of names and an open mic.

Participants are invited to bring signs and visuals for the march, candles for the memorial, and any words that they wish to share during the open mic.

An American sign language (ASL) interpretation has been secured for both the march and memorial and the venue is wheelchair accessible.

Anyone taking part is asked to refrain from wearing any scented products, including perfume, lotions, and hair products.

More information can also be found on the event posting on Facebook.