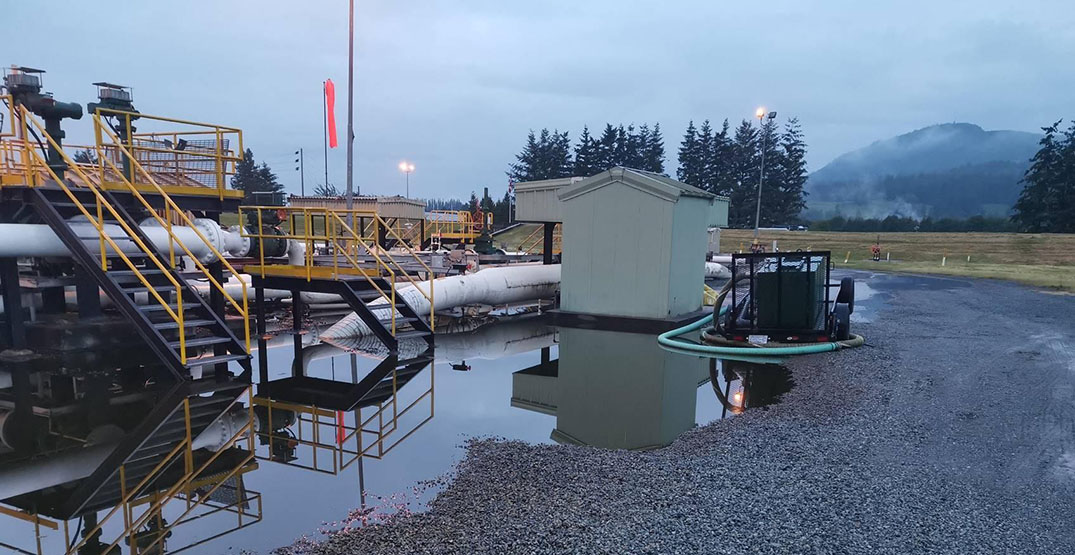 The Sumas Pump Station in Abbotsford, BC, around 5 am on June 13 before cleanup started. (Trans Mountain)

Crude oil is flowing through the Trans Mountain pipeline again, after it was shut down this weekend because of a spill in Abbotsford, BC.

Trans Mountain said Sunday that between 940 to 1,195 litres of crude spilled onto company-owned land adjacent to the Sumas Pump Station. That’s somewhere between 150,000 and 190,000 litres of oil — less than one-tenth of an Olympic-sized swimming pool.

Trans Mountain’s air and soil monitoring systems have not detected anything that would put the public at risk, the pipeline operator said in a news release.

Local Indigenous groups and regulators are involved in the clean up process, and there will be an investigation into what caused the leak.

Trans Mountain shared photos of what the site looked like before and after the cleanup. 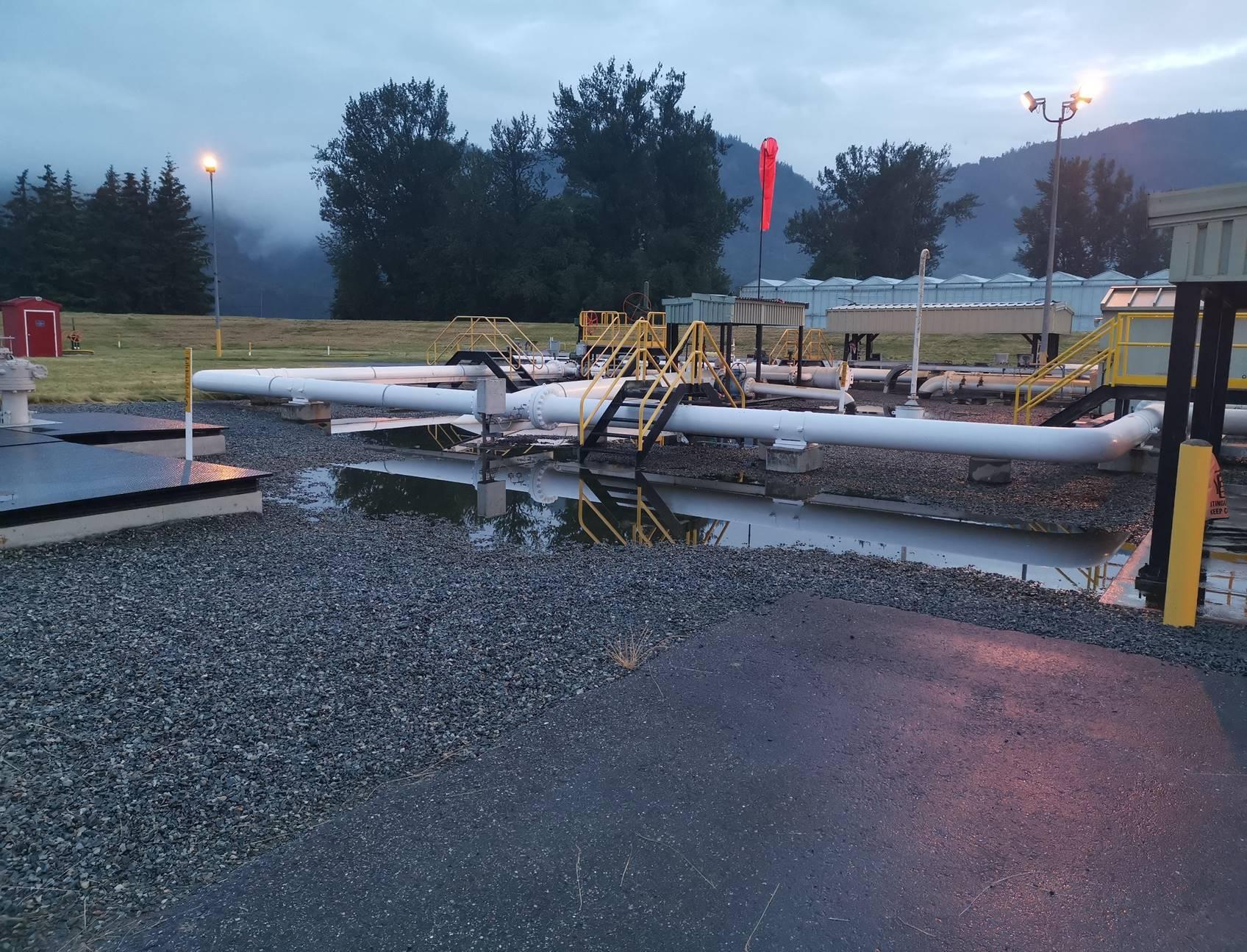 The Sumas Pump Station before the cleanup, with visible oil, just after 5 am on June 13. (Trans Mountain) 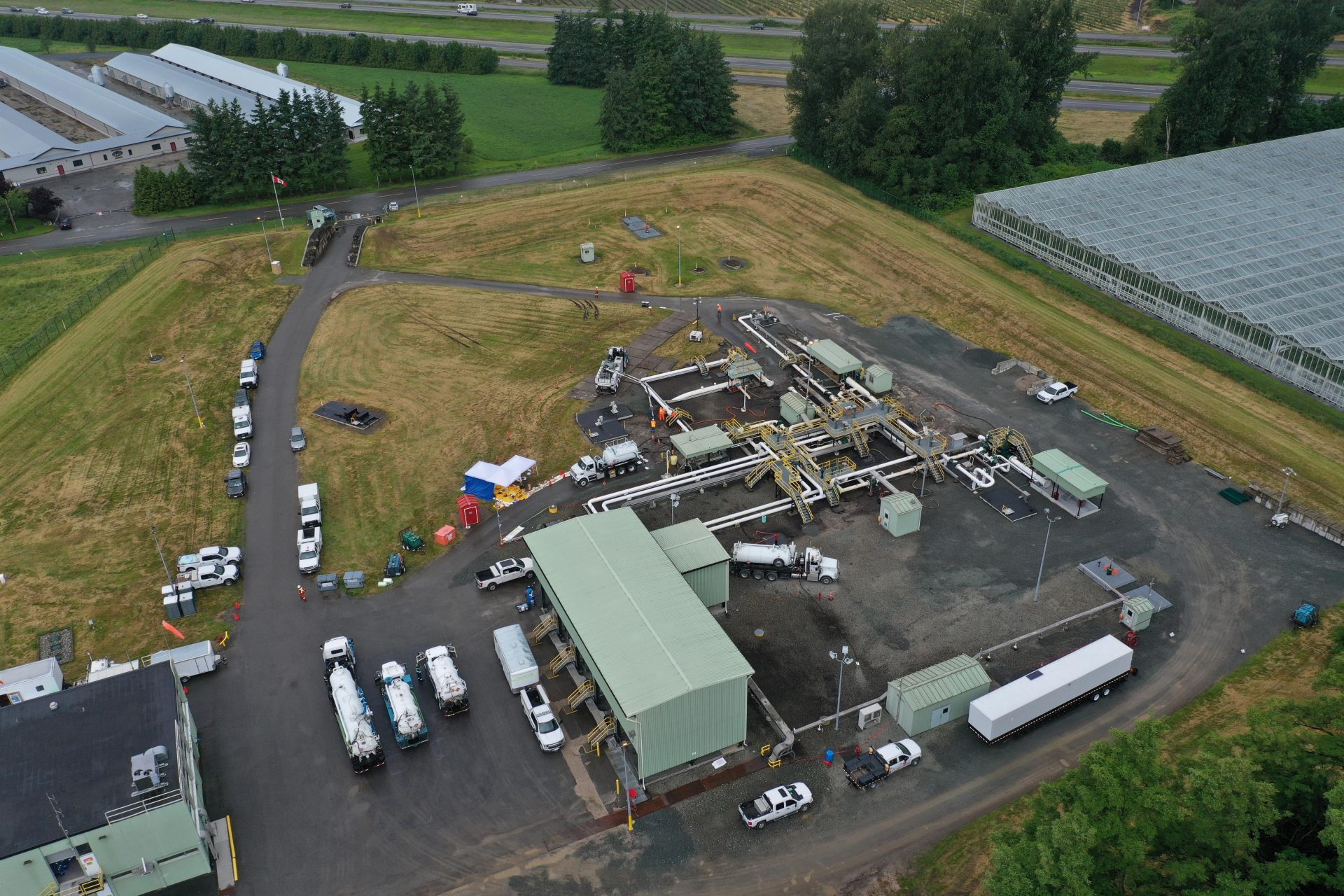 The crude oil pipeline transports diluted bitumen, a type of heavy crude, from Alberta’s oil sands to port in Burnaby, BC. The federal government bought the pipeline from energy company Kinder Morgan for $4.5 billion in 2018 amid struggles over the expansion project to triple the existing pipeline’s capacity.

The proposed expansion project, building a second pipeline along the path of the first one to “twin” the line, would triple the capacity of the existing system.