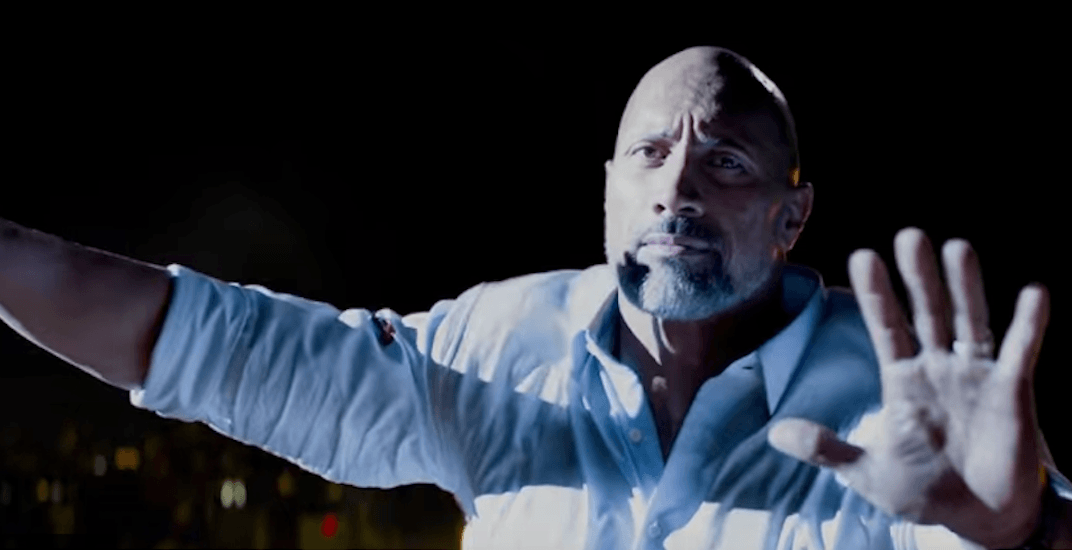 After filming took place in and around Vancouver in late summer and fall of last year, it looks like The Rock’s new movie Skyscraper is ready to roll.

Dwayne Johnson stars in his latest flick as a former FBI Hostage Rescue Team leader who assesses security for skyscrapers, but finds himself framed when a new building in China dubbed ‘the safest in the world’ is set ablaze.

And on Sunday – during Super Bowl LLII – the trailer for his film, which is set to be released in theatres this summer, dropped.

And it looks intense.

During the filming and production of the movie, Johnson frequently shared pictures and video of his time in Vancouver on social media, detailing how much he was enjoying the city, and how much fun he was having with fans.

Needless to say, it looks like now it’s our turn to watch The Rock do what he does best: Be a total badass in a high-energy, action-packed blockbuster.

Bring on the summer!