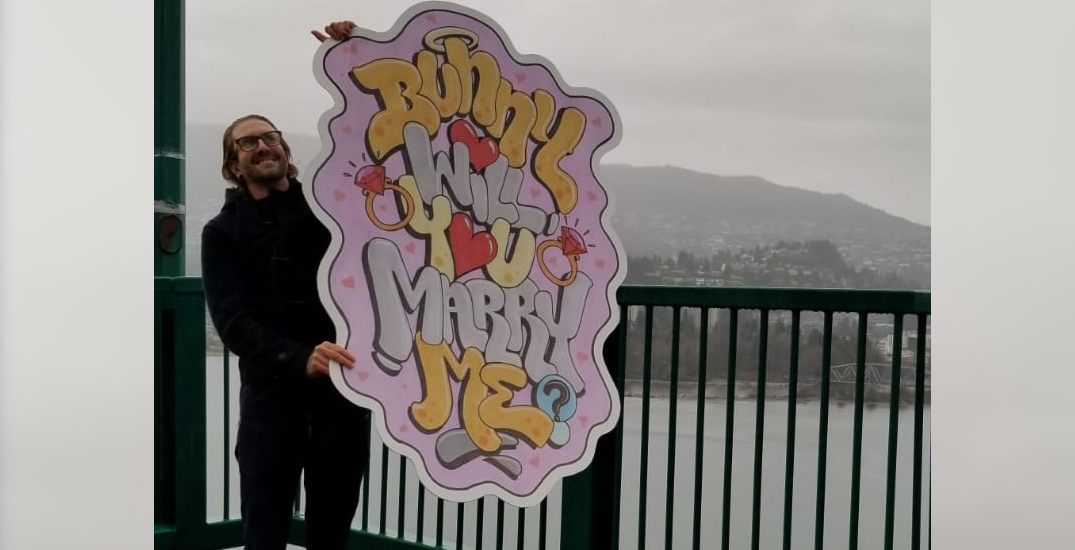 A Vancouver man staged an unconventional proposal on the Lions Gate Bridge this week, using the cameras trained on the bridge to ask his traffic controller girlfriend to marry him.

Bunny Blackler watches Highway 1 and the Lions Gate Bridge from her office in Coquitlam for Miller Cap Highway Services. It’s her job to switch the counterflow lane on the Lions Gate to keep vehicles moving.

On Thursday, one of her colleagues alerted her to a man who was on the bridge.

“I just figured if police called then I’ll check myself,” Blackler told Daily Hive in an interview.

But her colleague urged her to check the camera, and Blackler was shocked to see her boyfriend Scotty Minch holding a sign asking her to marry him.

Afterwards, Minch bolted over to Coquitlam to get down on one knee and present Blackler with a ring. 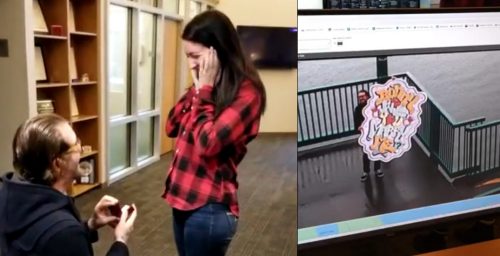 Minch does mental health work in Vancouver’s Downtown Eastside. He came up with the proposal idea a couple months ago, and surreptitiously asked Blackler what section of the bridge is visible to the cameras.

“I told her I was going to be riding my bike over to North Van, and asked for a good place I could stop and wave at her,” he said.

Blackler revealed a spot near one of the posts in the bike lane has a camera pointed at it. So Minch and some friends carried his five-foot tall sign there via Prospect Point.

“I was absolutely shocked,” Blackler said. “I don’t think this has ever been done before.”