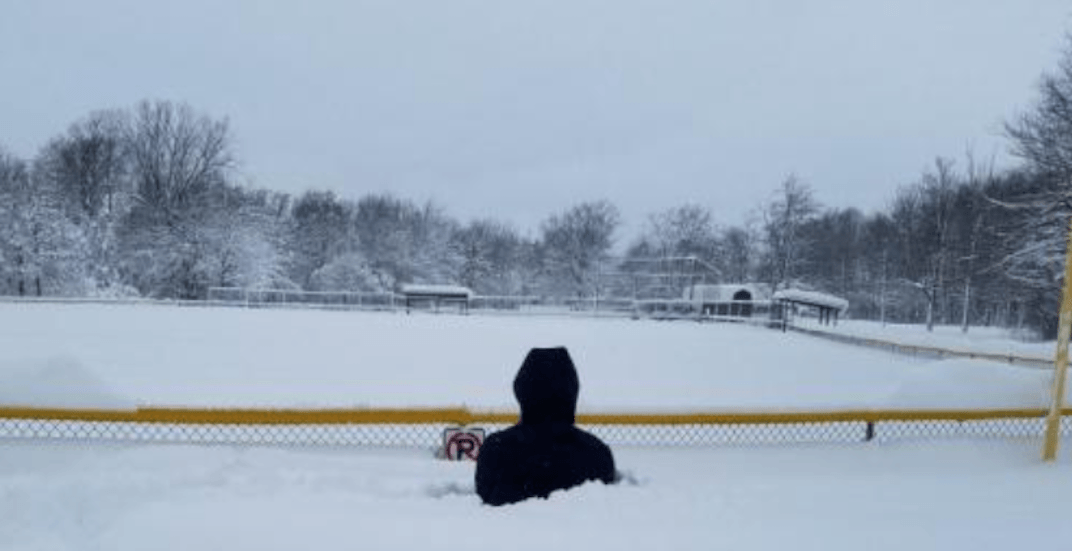 And we thought we had it rough up here in Canada.

Erie, Pennsylvania, a town sitting on the south shores of Lake Erie, woke up to a massive 34 inches of snowfall on Christmas Day – that’s 86 centimetres of fresh snow, for us here up in the metric north.

That already significant covering was only increased on Boxing Day, with an additional 48 cm of snow falling on December 26.

That’s more snow in two days than Pennsylvania has ever seen, according to the National Weather Services.

Erie still has a severe weather warning in effect, with an additional 10 cm of snow set to fall before the squalls diminish, which is expected to happen later tonight.

We just hope that the good people of Erie, Pennsylvania have some hardy snow-shovels, because they’re going to need them!