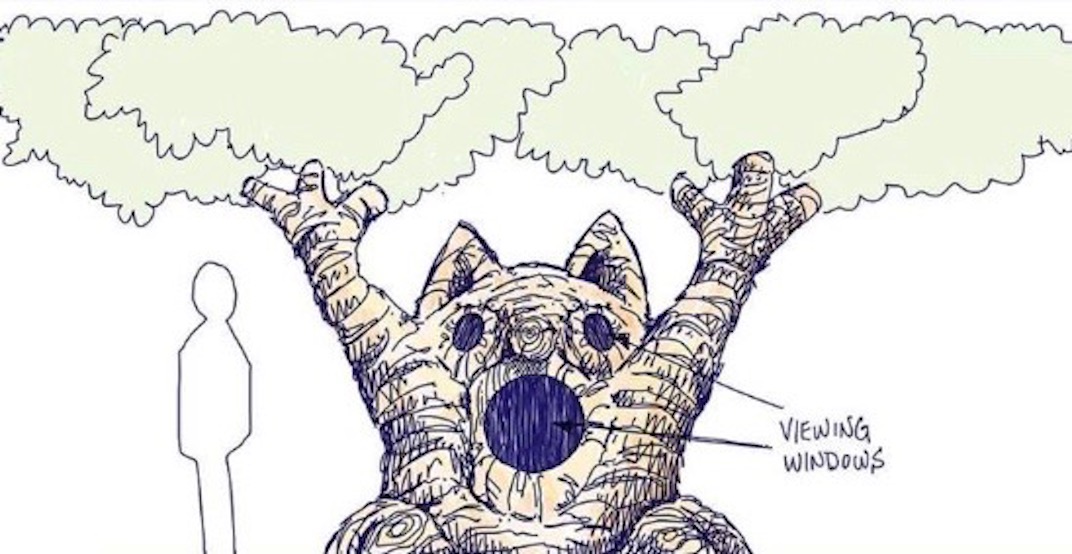 In case you missed it, there’s a magical forest Totoro-themed cat cafe opening in Vancouver spring 2019.

One of the four owners of the cafe, Nathan Chan, told Daily Hive back in September that the Catoro Cafe will be opening at 666 East Broadway, the former location of Mensch Jewish Delicatessen.

“The biggest hurdle was finding the right space,” said Chan over the phone. “We initially wanted to be in Burnaby but we weren’t weren’t able to secure the spot.”

Residents of Vancouver will be happy to learn that this enchanted cafe will be opening in Mount Pleasant, near Fraser Street. The space will consist of a cafe and lounge side, and a cat cuddling side, not unlike other cat-centric cafes you may have heard of.

Catoro, though, will transport you to a whole new world once you step in, Chan tells us.

The cafe has put the magical atmosphere and decor they want into the hands of the capable Imagination Corporation, a company that specializes in the design and construction of one of a kind signs and custom environments.

“Their work looks like it’s out of a storybook, like things you’d see in The Hobbit. Think castles and pirate ships,” said Chan.

Now, we have a sneak peek of what the cafe’s got in store for us with 3D renderings of some of the features of the exciting new concept. 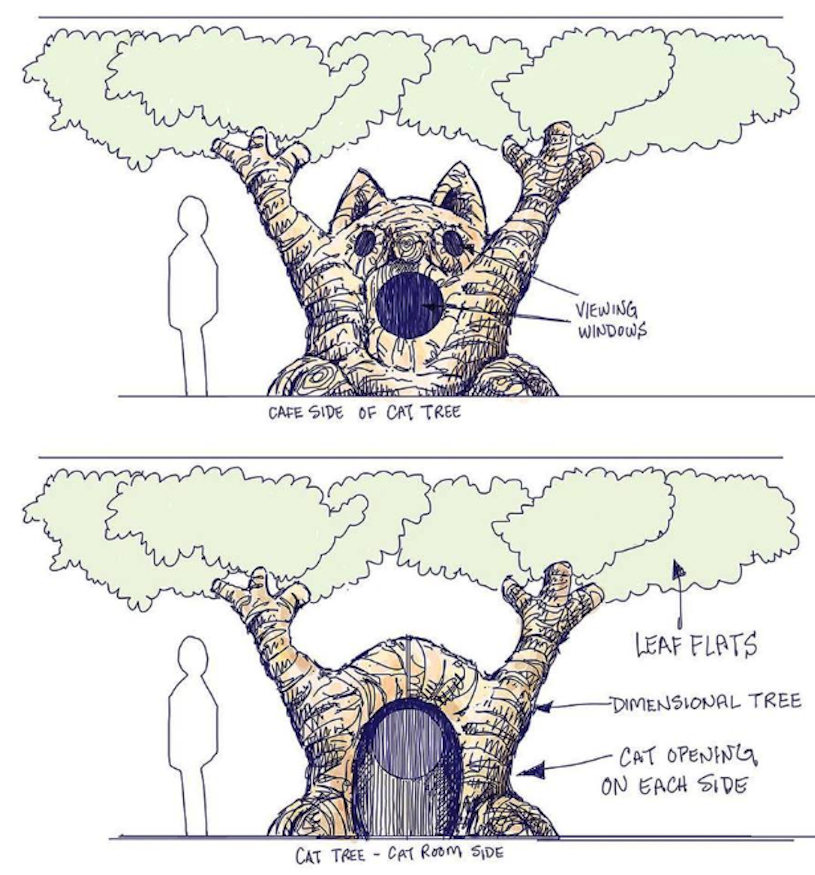 Picture a cabin in the woods complete with round cats doors and tree trunks that stretch all the way up to the ceiling – basically, you’ll be stepping into the world dreamed up by Hayao Miyazaki in his 1988 Japanese animated cult classic My Neighbour Totoro, the inspiration behind this very special cafe. 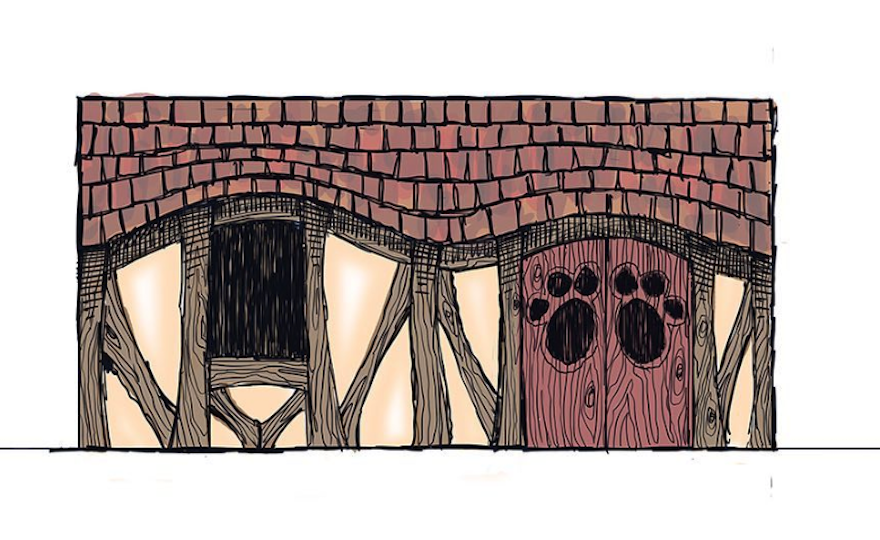 Besides the fact that this spot will be an incredible opportunity for Instagram photos, the underlying cause is all about the cats.

Chan wants to emphasize that Catoro’s partnership with the Cat Therapy & Rescue Society (who provides adoptable cats to PetSmart locations across the Lower Mainland) should be something patrons are excited about too.

“A lot of the cat cafes in Asia at more geared toward spending time with cats, no social cause,” says Chan.

Catoro will shine a spotlight on the region’s feline overpopulation problem and its primary goal is to connect as many adoptable cats with loving owners as possible.

“There is a national crisis of feline overpopulation across Canada. It was estimated in 2012 that there is one cat to every three humans in Canada. In addition, there are at least 600,000 stray cats roaming the streets. The problem with most cat shelters is that they don’t have enough exposure and they aren’t perceived to be particularly attractive in the public eye,” says Chan.

“We plan to have a long-term partnership with CTRS and develop a local community rescue space that can expand to help more cats in the future.”

Read more about the cause behind this creative cafe on the Go Fund Me page.

Chan says construction for the cafe should kick off within the next month, we’ll keep you posted on the cafe’s progress and of course, the opening date when you can meet those furry friends.