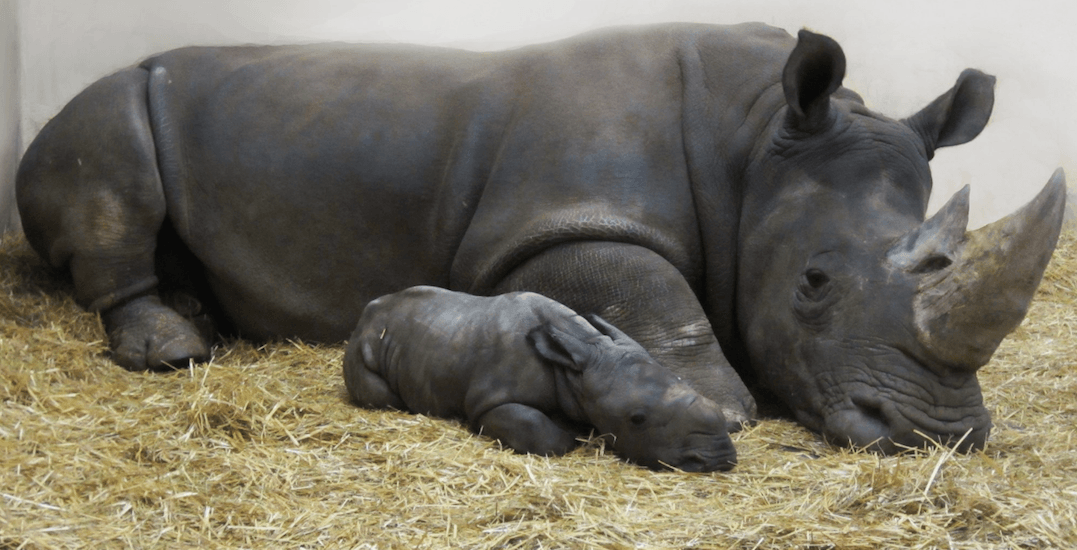 For the first time in over 20 years, the Toronto Zoo has welcomed a new baby rhino to its animal family.

According to the Toronto Zoo, on December 24 at 10:45 pm, a seven-year-old white rhinoceros named Zohari gave birth to an adorable male calf.

The calf entered the world weighing in at 62.3 kg and is already very big and strong.

According to the zoo, both the mom and baby are doing very well and Zohari is acting very calm and protective as a first-time mom.

The calf, on the other hand, he has been eating more than the zoo would expect and appears to be very curious.

If the cold weather has you feeling blue, let these heartwarming videos and pictures of the new baby rhino warm you up –at least for a few seconds before you remember that it’s going to be -20°C in Toronto this week…

We are excited to announce that Zohari, a seven-year-old female white rhinoceros, gave birth to a male calf on December 24 at 10:45pm 🦏 pic.twitter.com/1OzhEqnrUN

Both mom and baby are doing very well, with reports that mom is very tired but a very calm and protective first-time mom. pic.twitter.com/5GZJeHmovr

The calf is very big and strong, weighing in at 62.3 kg. He has been eating more than would be expected, and he appears to have very hairy ears. 🦏 pic.twitter.com/3OeSUGOnCW