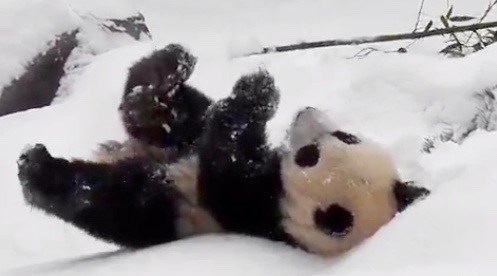 If waking up to snow yesterday was a struggle for you, know that you were definitely not alone.

However, there were a couple of Toronto residents who were just fine with the fluffy white stuff, so much so that they thought it deserved further investigation – in the form of rolling around and wrestling in it.

Of course, we’re talking about Jia Panpan and Jia Yueyue, the Toronto Zoo’s two giant panda cubs, who just celebrated their 1st birthday earlier this fall. And their kid-like love for snow showing as they hit the ground yesterday.

If you’re more of a bah humbug/hibernation type, watching this video should at least warm your soul for a few seconds before you remember that it’s going to be -20°C in Toronto this week…

When life hands you snow… wrestle in it. 🐼❄️ #TOPandaCubs pic.twitter.com/UXHWYzqOcf