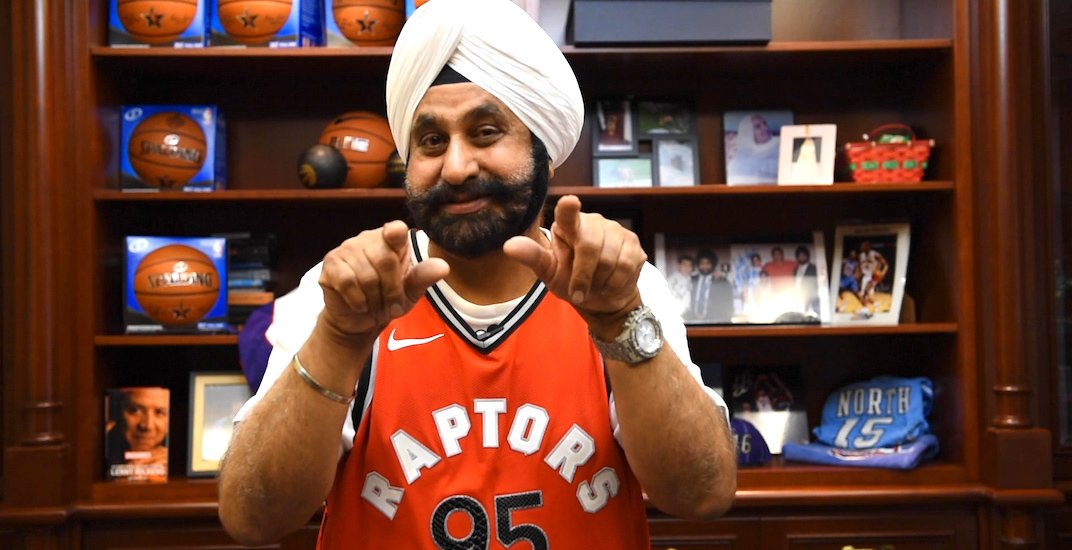 Toronto Raptors superfan Nav Bhatia spoke out after news that the team would begin the 2020-21 season in Tampa Bay.

The announcement was officially made on Friday morning after the federal government rejected a proposal to play home games in Canada.

And while the news is upsetting for a lot of fans, Bhatia wants to “turn this setback into something positive.”

“I get it,” he writes in an Instagram post. “Not what we wanted to hear. But no matter where they start the season the Raptors are always going to be our team!!!”

Bhatia points out that many of the players have families to look after, including young kids.

“They can take our team out of Toronto for a few months, but they can’t take our love for our squad,” he writes. “We are a championship city!”