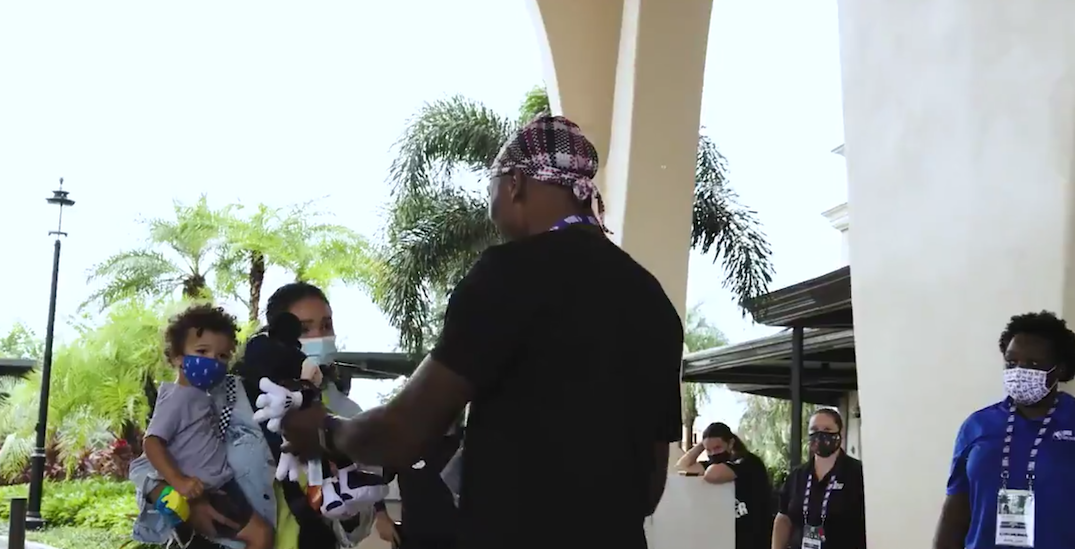 After Fred VanVleet gave us all the feels yesterday, the Toronto Raptors unveiled a new video today of players reuniting with their families.

VanVleet and Rondae Hollis-Jefferson are featured in this video, as the NBA has allowed families into the bubble during the second round of the playoffs. About 15 Raptors family members in total joined the bubble on Monday.

Reunited and it feels so good.

“I got a lot of jitters right now,” Hollis-Jefferson said as he waited for his family to step off the bus at Disney World in Orlando, holding a Mickey Mouse doll for his son. “I can’t wait to just hug them. I miss them so much. I look forward to seeing them.”

It was a heartwarming moment for Hollis-Jefferson, just as it was for VanVleet, who reunited with his partner Shontai Neal and two kids in the hotel hallway.

VanVleet said he hadn’t seen his kids since Father’s Day, more than two months ago.

“I’m just excited,” VanVleet told reporters on Monday. ” I miss my family, family is huge for me.”

Raptors players and staff left for Fort Myers, Florida on June 22, and have been at the NBA campus at Disney World since July 9.

The families of players will be permitted to attend NBA games while in the bubble. The Raptors matched up against the Boston Celtics in the second round.