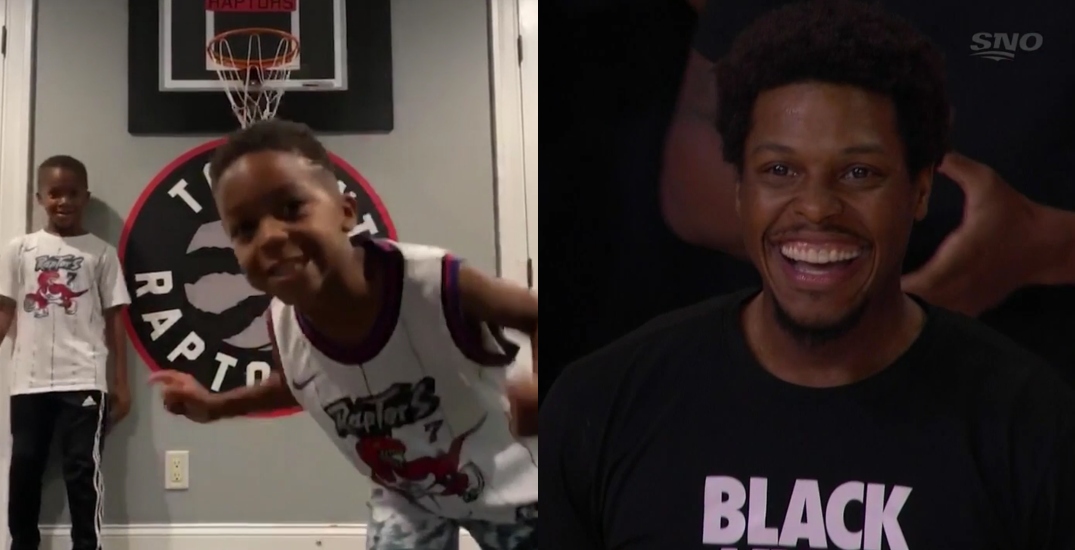 Separated from their families in the Orlando bubble, Toronto Raptors players were greeted to some familiar faces during the reading of the starting lineup, prior to the start of their first playoff game against the Brooklyn Nets.

Family members of each of the Raptors starters were shown on a video board, announcing their loved one in place of the arena’s public address announcer.

“Go Daddy!” was dropped by Fred VanVleet’s daughter during his intro.

The players appeared to love the personal touch, especially Kyle Lowry, whose sons stole the show by perfectly impersonating the way their dad is usually announced in Toronto.

Inspired by our homies @Suns pic.twitter.com/RLivNiVctG

Wearing Raptors jerseys, with the team logo and basketball hoop in the background, Karter and Kameron Lowry executed the pre-game intro perfectly.

“From North Philly to your city!”