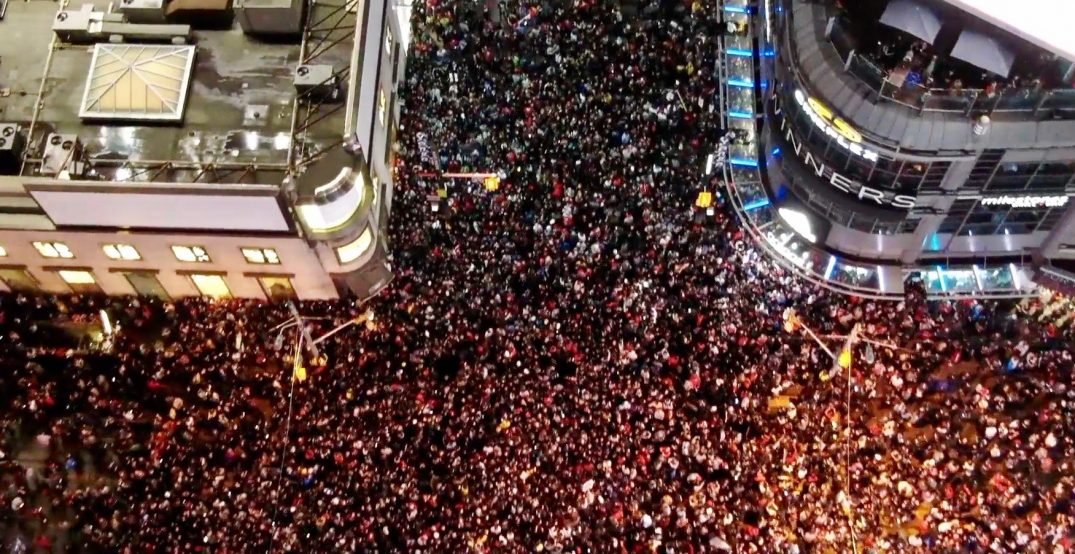 We now know just how many Canadians tuned in to watch the Toronto Raptors clinch the country’s first-ever NBA Championship.

And those television numbers for Game 6 crushed historic viewing records.

A record 7.7 million Canadians tuned in last night to watch the Raps defeat the Warriors on TSN, CTV and RDS, making it the most-watched NBA game in Canadian history, according to data from Numeris.

It also makes it the biggest English-language television broadcast in three years.

It’s safe to say that the Raptors battle to the championship captivated people across the country. TSN says nearly 16 million Canadians – 44% of the population – watched some part of the title-clinching victory.

No big surprise, but fan interest in the game was highest in Toronto and Hamilton, where 82% of all people watching television in the cities were tuned in.

That’s the highest audience ever in that market, excluding the Olympics, according to TSN.