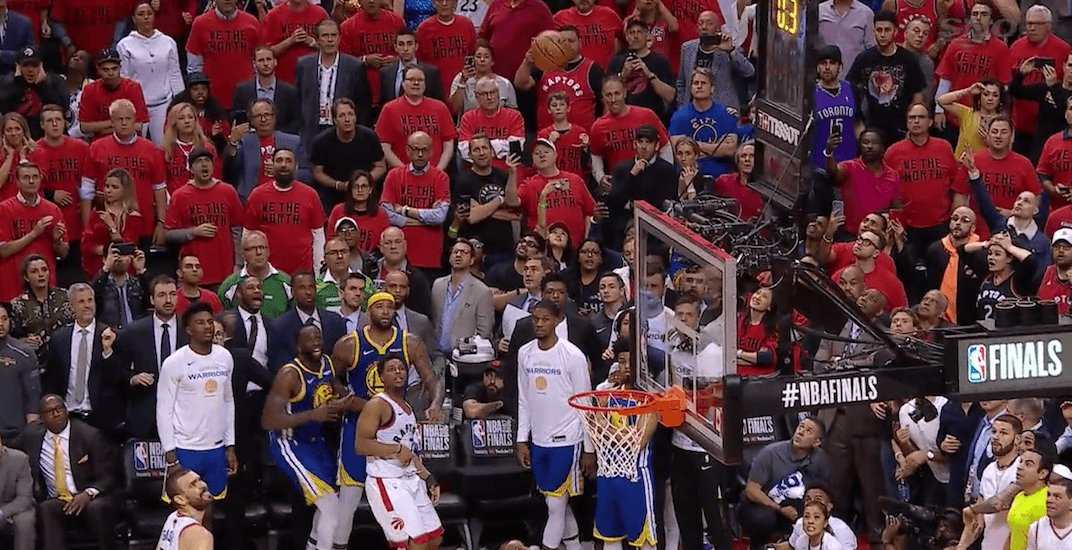 After leading for most of the game, The Warriors were sent to the brink of elimination as the Raptors took a late fourth-quarter lead thanks to a key three from Kawhi.

As Golden State fired back to take the lead, the final seconds were put into the hands of Kyle Lowry who couldn’t hit the game-winning series-clinching shot, sparking a Game 6 in Oakland.

The final shot is off, and it’s headed back to Oracle. pic.twitter.com/PDSoD0O1N4

Since last night’s heart-breaker (even tear-jerker?) fans have taken to the Internet to react to Lowry’s missed attempt in the best way our generation knows how to, memes and GIFs at the point guard’s expense.

When you see Kyle Lowry attempting a game winner… pic.twitter.com/j7x2Ara6wz

Raptors can win with a bucket.

every raptors fan when kawhi passed the ball to lowry pic.twitter.com/GkooyjwR0G

“Did you really ask Kyle Lowry to take the shot to win a championship?”

The entire Toronto Raptors organization when Kyle Lowry gets back to the locker room pic.twitter.com/jY83doUSUM

The second I saw the ball touch Kyle Lowry’s hands during the final possession pic.twitter.com/y3Vj8WNR3m

Kawhi to Lowry after that shot pic.twitter.com/ntHmwS3BIx

It only took a few Twitter users to point out that Lowry’s shot was actually blocked by Golden State’s Draymond Green and his relentless backlash may not be completely merited.

Draymond Green got his fingertips on Kyle Lowry’s potential game-winner. 👀 (via @ScottStrazzante) pic.twitter.com/cbecuS7TO5

lowry getting murdered on the tl even tho it was blocked 😭 pic.twitter.com/3Rq7lPGR4Y

Kyle Lowry is off the hook. His last second shot was blocked by Draymond pic.twitter.com/z8BXtXtbEU