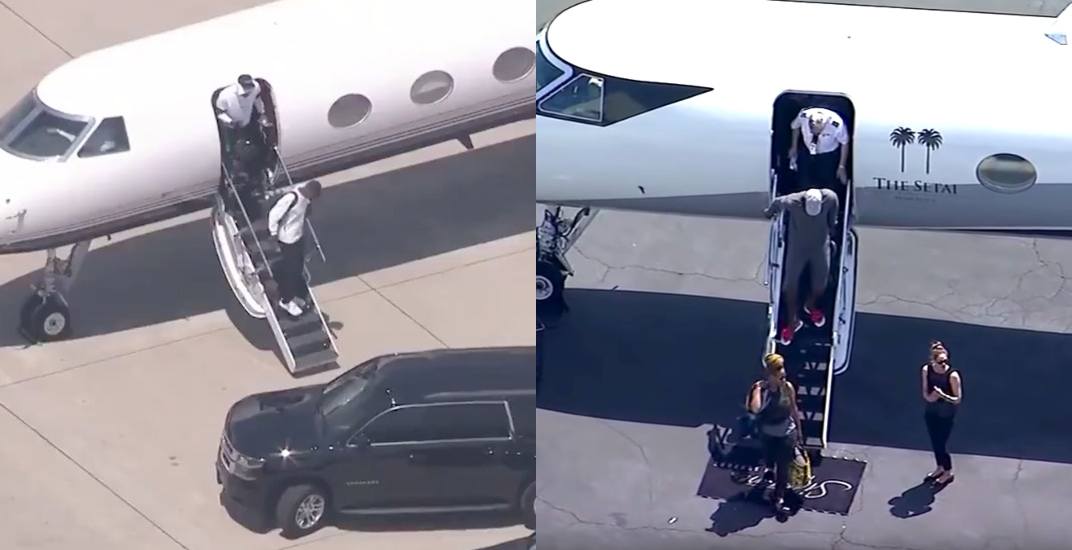 #KawhiWatch got a little bit nutty on Wednesday.

News of MLSE’s private jet arriving at Toronto’s Pearson Airport from Los Angeles had everyone buzzing, but what happened after was next level.

A news helicopter captured footage of what everyone assumed was Kawhi Leonard and three others stepping onto the tarmac, and into a pair of black SUVs. The chopper then followed the vehicles on the highway as if it was 1994 and OJ Simpson was in one of them.

The MLSE plane has landed in Toronto and someone is here 👀👀
.
(Via: @CP24) pic.twitter.com/LtM5es1rnn

I can't believe this is a thing on TV right now #KawhiWatch #WeTheNorth pic.twitter.com/slUuFoPG2c

Fans and media gathered at the Hazelton Hotel, which was his expected destination.

One news outlet even covered a story about a person who thinks he may have spotted Kawhi Leonard.

With rumours running rampant and Kawhi’s decision on where to sign as a free agent up in the air, you can understand why it’s making everyone lose their minds.

If Kawhi re-signs with the Raptors, they’ll have an opportunity to win another NBA title. If he doesn’t, the Raps might still make the playoffs, but they won’t be close to being championship-level and might have to consider rebuilding.

So yes, everyone’s lost their marbles, but it’s completely understandable. One superstar player makes all the difference in the NBA — which is why Los Angeles reacted the exact same way last year with LeBron James.

When LeBron’s plane touched down in Los Angeles, the news helicopters were ready. Just like Kawhi, they caught LeBron stepping out of the jet, before following a black SUV to its next destination.

This private jet flew from Cleveland to Miami to Anguilla in the last 10 days, and is now en route to Los Angeles https://t.co/Z0yaPsbNq6 @World_Wide_Wob

I blame @World_Wide_Wob for this. pic.twitter.com/rMA0n8IkHG