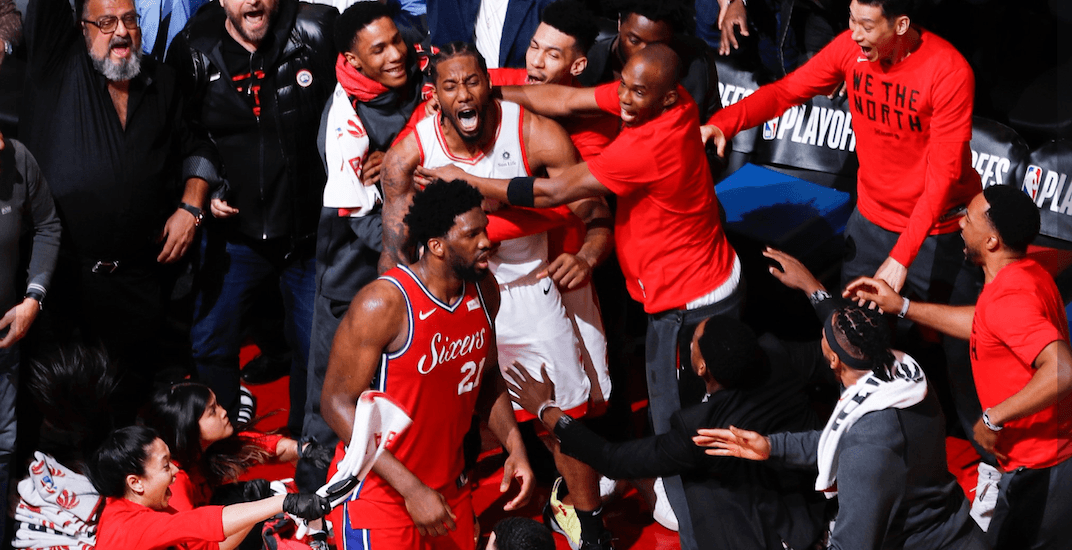 After a dream season that ended with Kawhi Leonard, Kyle Lowry, and the rest of the team lifting the Larry O’Brien NBA Championship Trophy, the Toronto Raptors have been nominated for two ESPYS.

The annual sports awards gala is held annually by ESPN on the quietest sports day of the year – the day after the MLB All-Star Game. Hosted by Tracy Morgan this year, the ESPYS, are scheduled for July 10 in Los Angeles.

And the Raptors could walk away with some hardware.

The Raptors are up for the prestigious award of ‘Best Team.’

The Raptors are also in the running for ‘Best Play,’ which is of course Kawhi Leonard’s already iconic Game 7 buzzer beater to knock out the Philadelphia 76ers.

Also up for ‘Best Play’ includes:

Curiously enough, Kawhi is not up for ‘Best NBA Player,’ despite an outstanding regular season and playoffs, which included an NBA Finals MVP in his first season with the Raptors.