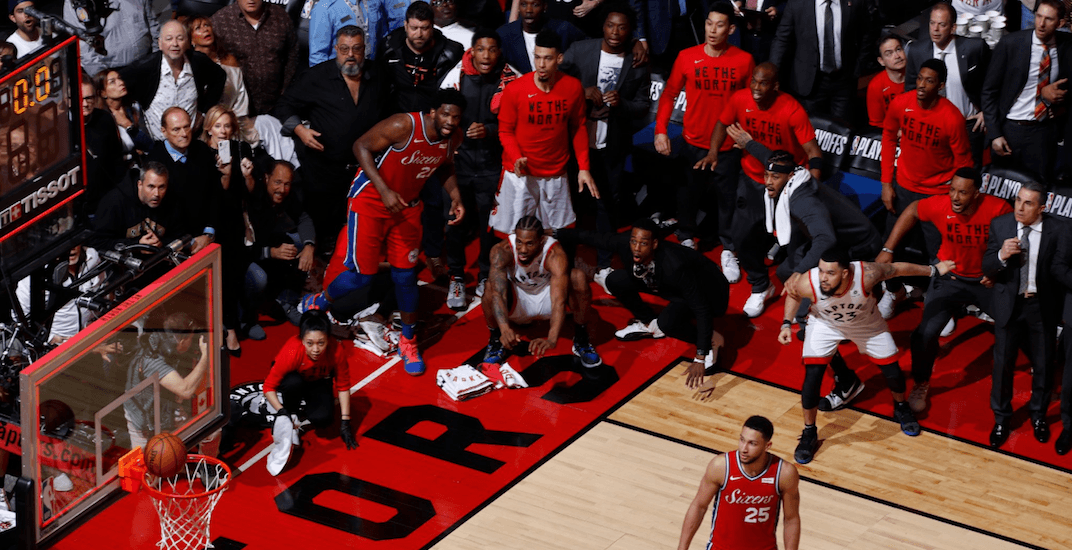 According to the NBA, nearly 5.8 million Canadians –up from the average 2.2 million viewership — watched some or all of the Raptors’ final game in the series against the Philadelphia 76ers on Sportsnet.

“As the regular season ends and excitement for the playoffs builds, our record growth this season signifies basketball’s surging popularity in Canada,” said NBA Canada Managing Director Dan MacKenzie, in a release.

“The historic growth in a number of areas speaks to the Raptors’ success, the level of talent coming out of Canada, and the heightened profile of our players. The NBA is well-positioned for continued growth in Canada at a time when interest in the game has never been higher.”

The second round of the NBA playoffs saw a 73% increase in Canadian viewership from last year.

The Raptors’ regular season was also the most-watched season ever in Canada, with viewership up 29% year-over-year across Sportsnet and TSN.

On social media, Leonard’s game-winning shot went viral. The video has tallied up a combined 16 million views across the NBA’s platforms with 10 million of those views being from Instagram alone.

The shot has since been jokingly declared a “Canadian Heritage Moment” and has been synched to the tune of several dramatic songs, including the Titanic theme.

The Raptors go on to face the Milwaukee Bucks in the Eastern Conference Finals on Wednesday.