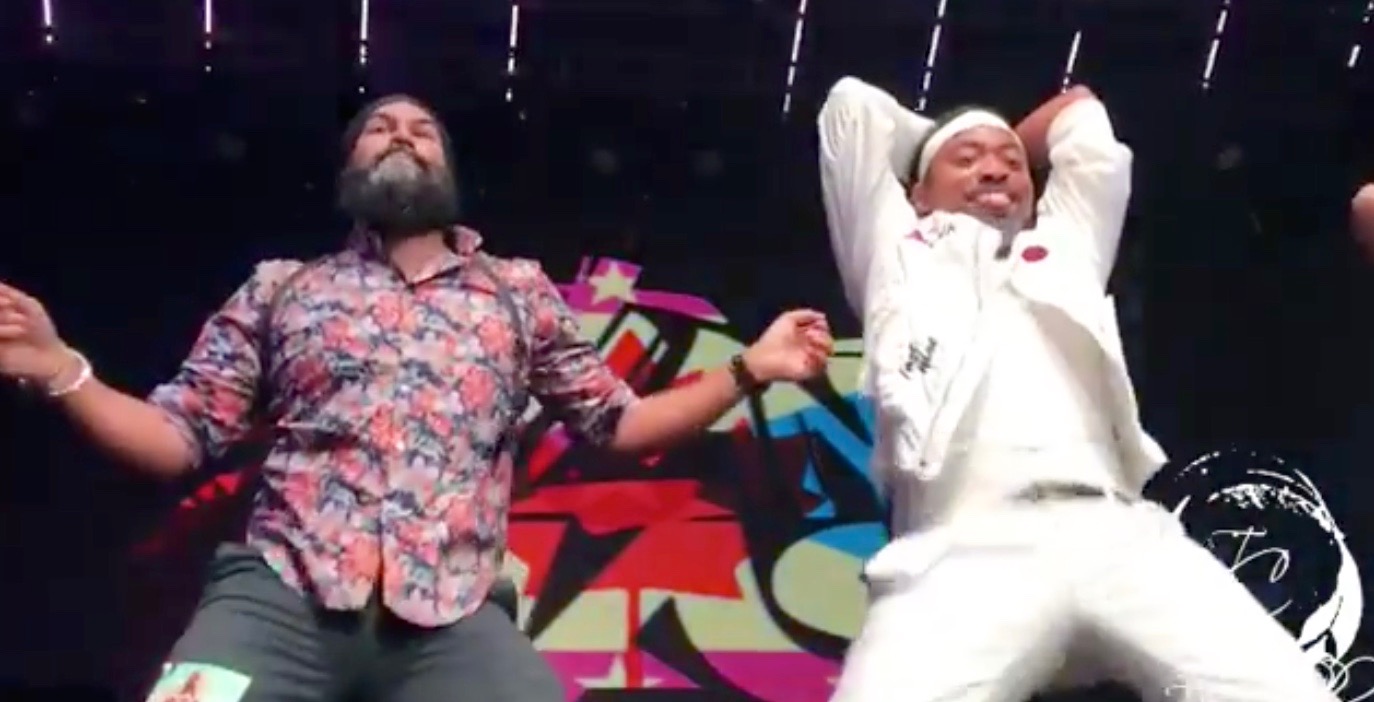 Toronto is weeks away from its huge Caribbean Carnival Festival, and Federal NDP Leader Jagmeet Singh was in the city over the weekend for the Atlantic Mas Costume Band Launch.

Montano makes everyone groove, so it was no surprise to see Jagmeet Singh take part in the dancing.

What was surprising however, was how good the leader’s moves were.

The video of Singh danced was posted by The Collab Vibe, and shared by popular Toronto Instagram account 6ixbuzztv where it’s been viewed over 70,000 times.

Drake liked the video, and Singh commented on the repost as well. 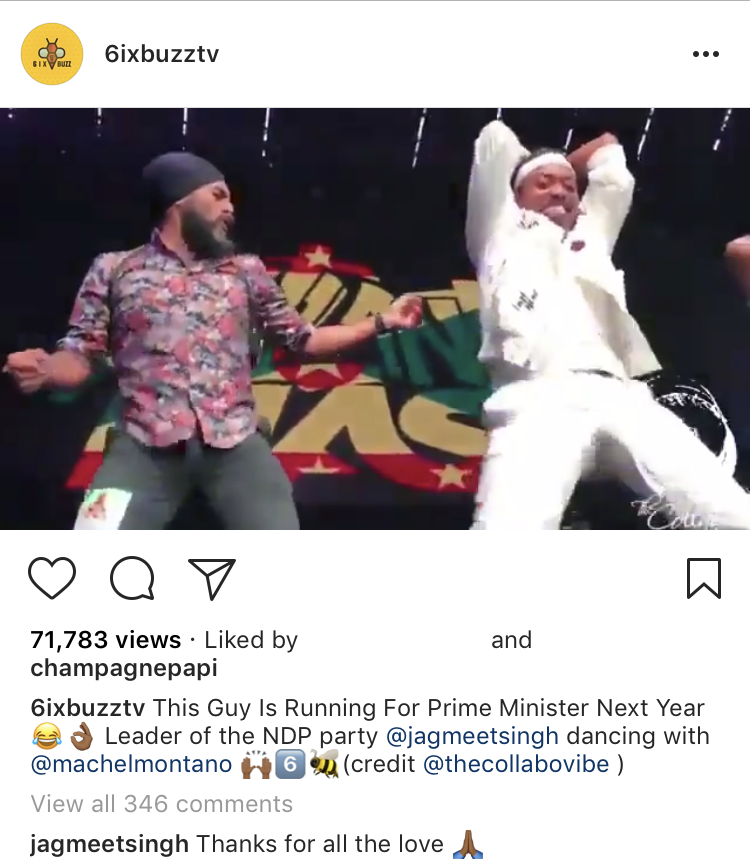 So there it is.

Step aside Justin Trudeau, there’s a new Federal dance leader in the house.