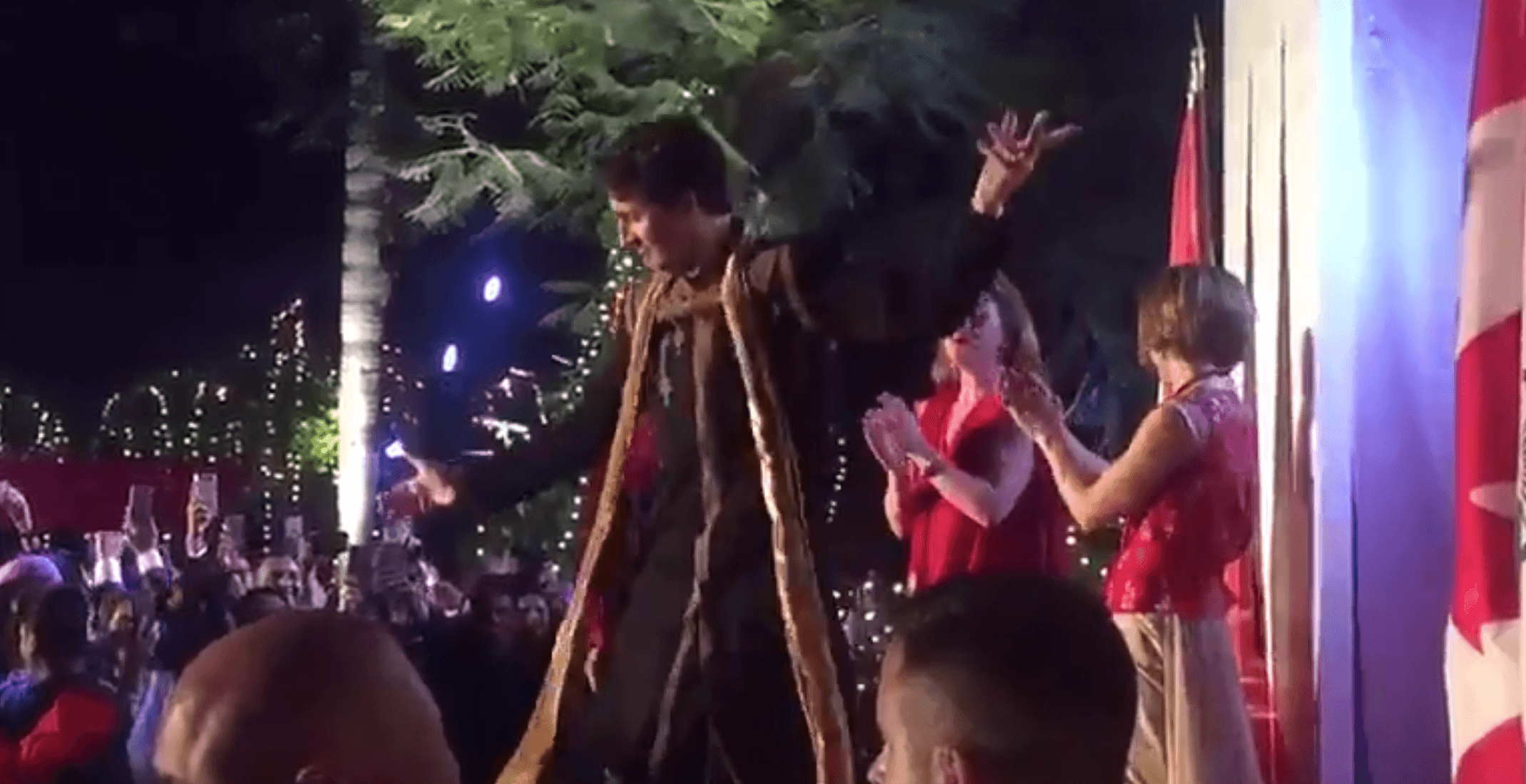 Prime Minister Justin Trudeau pulled out his Bhangra moves in India on Thursday.

And let’s just say he… tried.

Trudeau took the stage at the Canada House in New Dehli and attempted Bhangra -a traditional, upbeat dance from India’s Punjab region.

Canadian PM @JustinTrudeau makes an entrance at the Canada house in New Delhi. Truly in the spirit of India. @DemocracyNewsL pic.twitter.com/ph19O7ysB4

Trudeau did some shuffles and hops to the beat of the dhol (drum) music and, of course, the crowd seemed to love it.

Trudeau was accompanied by several officials and ministers on stage including Nadir Patel,  the High Commissioner of Canada in India.

Canadian cameras and journalists were reportedly not permitted to attend the event.

Despite Trudeau breaking it down, his visit to India has been a rocky one, that has been overshadowed by an icy reception from high-level Indian politicians and controversy involving a former member of a Sikh separatist group invited to attend an event hosted by Canada’s high commission in India.

Looks like Trudeau was hoping the power of dance could bring some positivity to a trip that certainly has not been one of his best.