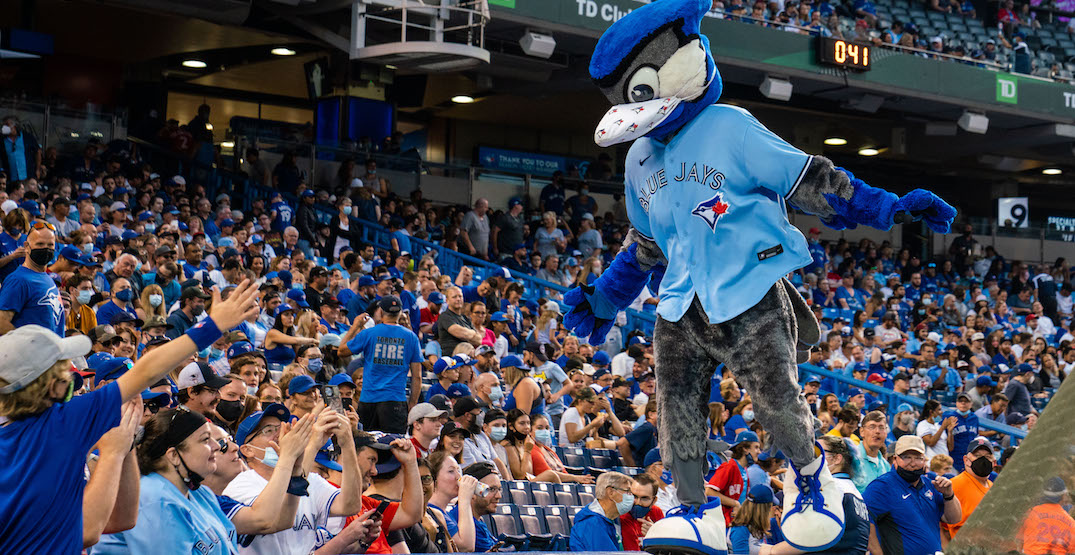 Twitter is often where fans go to celebrate and commiserate together. Like the exhilarating highs of a walk-off home run, or the frustrations of a go-ahead inside the park home run.

Faithful followers of the Toronto Blue Jays have experienced both ends of the spectrum this season, but more so happy moments than frustrating ones since the All-Star break. Give fans credit, they’ve spoken in volumes regardless of how the team performs.

With 2.2 million followers on Twitter, the @BlueJays account isn’t only one of the most active of all the MLB accounts, they have the third-most followers of any MLB team, behind only the New York Yankees and Chicago Cubs.

Conor Clarance, head of sports at Twitter Canada, spoke to Daily Hive about the surge of activity on Twitter pertaining to the red-hot Toronto Blue Jays in September.

“We like to say people like to tweet in celebration or tweet in frustration,” Clarance said. “From a pure on the field standpoint, there were a couple of games they lost in the later innings this year when you can definitely tie some of the conversation of fans being unhappy with the relative performance late in the game.”

Overall, mentions of the Blue Jays increased 42% after the All-Star break, and mentions increased 88% month-over-month from August 2021 to September 2021. A team that had playoff odds hovering around 5% in August found themselves back in the thick of a playoff race.

It’s no surprise that the biggest day on Twitter for the Blue Jays this season thus far was their long-awaited return to the Rogers Centre. July 30 was the team’s highest tweet volume day of the year; the day the team stepped onto home turf for the first time in 670 days.

Our city. Our fans. Our home.

After 670 days, it's time to PLAY BALL! 🇨🇦 pic.twitter.com/SsNX0YY0DK

The next four highest volume days are pretty self explanatory. No. 2 was Opening Day against the Yankees, followed by the day of the Blue Jays’ 22-7 trouncing over the Orioles on September 12.

Rounding out the top five was July 16, the day the federal government approved the Blue Jays’ return to home soil, and then September 11, when the Blue Jays staged two dramatic seventh inning comebacks against the Orioles.

“It creates this incredible conversation point,” Clarance said. “There are those predictable days; we all knew that was going to be a big day on Blue Jays Twitter.

“Then there are the days like September 12th where you have those two late comeback wins against the Orioles to solidify a chance for the Blue Jays to make a push for the postseason.”

For those who fancy themselves emoji aficionados, the most commonly used emoji in Blue Jays tweets this year has been the explosion emoji. Not only a salute to the Jays, who have the most home runs in baseball this year, but the “Plakata poster boy,” Vladdy Jr.

“The Blue Jays social team has done a really good job of utilizing that emoji, and as a result, their fans and the larger sphere of Twitter around the Jays is using it,” Clarance said.

With just a handful of games left in the regular season, Blue Jays fans are on pins and needles during every single game, often experiencing those highs and lows while following the game on Twitter.

According to their data, Canadians on Twitter are 57% more likely to watch baseball than Canadians not plugged into the platform.