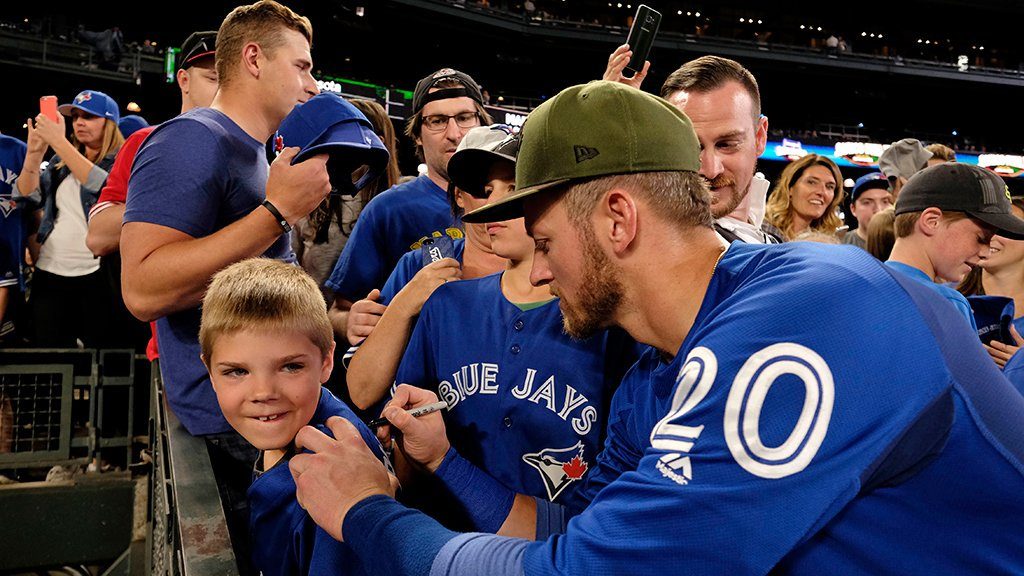 The Blue Jays are coming to town.

Canada’s only Major League Baseball team has announced that they will visit the west coast on January 12, as part of a two-day winter tour of Vancouver.

“The two-day event will honour the overwhelming support the Blue Jays have witnessed while on the road out west over the last few seasons, with current players and personnel from the Blue Jays taking part in community initiatives and public appearances,” the Blue Jays’ website says.

It’s a smart move by the Blue Jays, who have done a masterful job of branding themselves as ‘Canada’s team,’ as evidenced by the remarkable turnout for their road games in Seattle in recent years. Having the Vancouver Canadians as their Single-A affiliate has helped, as do events like the one coming up in January.

Some Blue Jays players (it’s yet to be determined who exactly) and mascot Ace will visit a pair of local schools as well as Ronald McDonald House on January 12. The next day, the team will hold an autograph session from 11 am to 12:30 pm at the Vancouver Convention Centre followed by a baseball clinic later in the afternoon.

Our autograph session lottery for Winter Tour pres. by @TD_Canada in Vancouver opens at 8 am PT & will remain open for just 24 HOURS!

The autograph session is a ticketed event, with a $10 fee going to the Jays Care Foundation. There’s a limited supply of tickets, with fans having only until 7:59 am on Tuesday to enter the online lottery for a chance to purchase them.