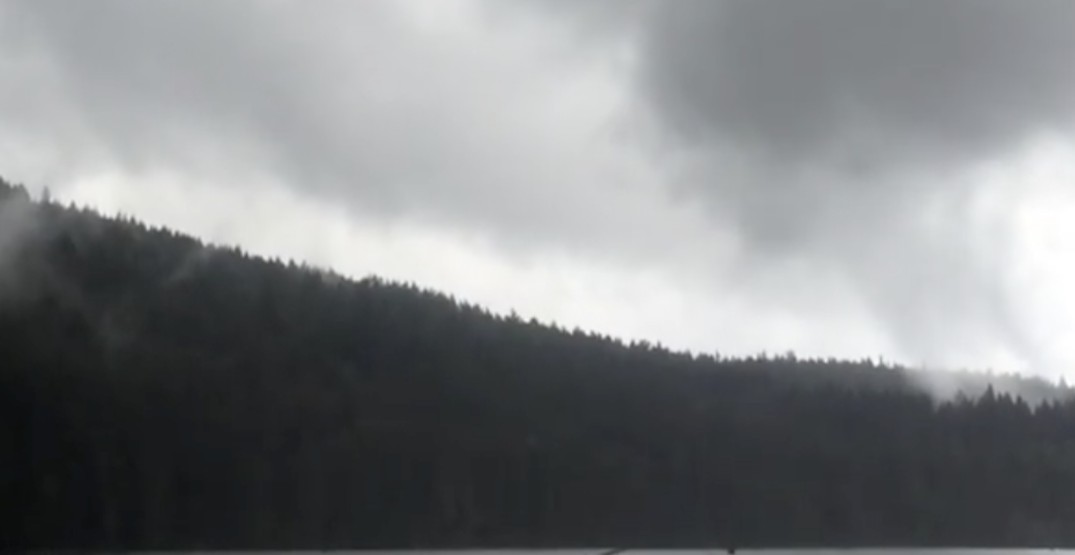 Environment Canada has confirmed that a small tornado touched down in the Lower Mainland over the weekend, and one resident captured what it looked like.

Instagram user Jenny Reilander posted a video that shows a twisting grey cloud developing over Hayward Lake in Mission on Sunday, September 16. Turn the sound on to hear the sound of trees snapping.

A post shared by Fraser Valley Explorer (@missionbcistheplacetobe) on Sep 18, 2018 at 2:03pm PDT

A post shared by Fraser Valley Explorer (@missionbcistheplacetobe) on Sep 18, 2018 at 1:56pm PDT

Reilander told Daily Hive that she, her husband, and their three kids were out for a walk when they spotted the unusual sight in the sky.

A post shared by Fraser Valley Explorer (@missionbcistheplacetobe) on Sep 18, 2018 at 2:02pm PDT

“[It was] just a small tornado but still exciting to see. And usual for Mission,” she said.

According to Environment Canada, the Fraser Valley Tornado is classified as an EF0 — which has wind speeds ranging from 90 to 130 km/h.

Officials also shared that the last reported tornadoes in the Lower Mainland took place over 25 years ago.

In March of 1991, an F0 tornado hit Pitt Meadows. Before that, another F0 took place in Coquitlam during May of 1988.