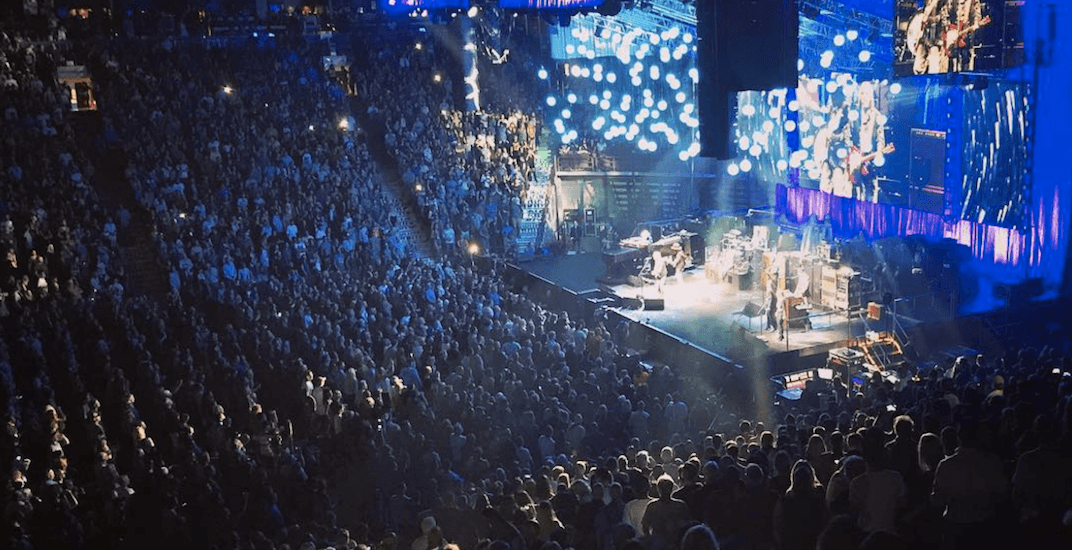 Modern and classic rock came together for an unforgettable live performance at Rogers Arena Thursday night, as The Lumineers opened for Tom Petty & The Heaartbreakers to a sold out crowd.

Never having any trouble filling out venues on their own, the Lumineers came out with hits like “Dead Sea” and “Angela” to warm the crowd up for the headliners.

Once Tom Petty & The Heartbreakers took the stage, Petty’s voice was occasionally drowned out by what sounds like the entirety of Rogers Arena singing along to classics like “Into the Great Wide Open” and “I Won’t Back Down.”

Take a look (and a listen) for yourself to see just how crazy Thursday’s concert was.

It’s good to be king.

Listen to the crowd. Sing a longs all night

And, of course, here’s some “Free Fallin'” to end it all off: