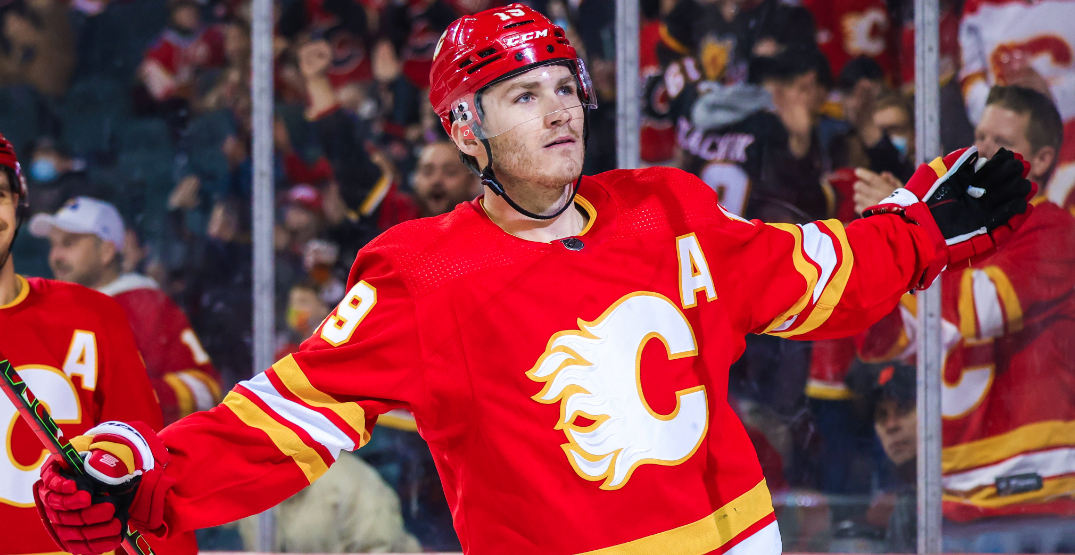 Matthew Tkachuk will not be re-signing long-term with the Calgary Flames.

Tkachuk, who will be taken to team-elected arbitration by Calgary, has notified the Flames he will not be signing a multi-year deal with the team, according to Jeremy Rutherford of The Athletic.

This story is open for everyone to read.https://t.co/y2TGyEEpOR #stlblues

Rutherford notes that Tkachuk, a restricted free agent who can walk away from Calgary as an unrestricted free agent next offseason, has not yet officially asked to be traded. The declaration of his unwillingness to sign a long-term pact with the Flames makes him a likely trade candidate.

He has, however, provided the team with a list of teams he’d be interested in signing long-term with, Rutherford notes. That list includes the St. Louis Blues, Vegas Golden Knights, Florida Panthers, Nashville Predators, and Dallas Stars as options.

Calgary lost star forward Johnny Gaudreau to the Columbus Blue Jackets in unrestricted free agency a week ago. Gaudreau, who had an NHL career-high 115 points (40 goals, 75 assists), told the team the night before free agency that he’d test the open market.

The Flames, seeking more control over Tkachuk’s free agent status, opted to take him to arbitration earlier this week. The move, which guaranteed the 24-year-old winger at least the $9 million owed when Calgary extended him a qualifying offer, eliminated the possibility of an offer sheet and guaranteed Tkachuk would be in camp on a contract.

“The Flames have filed for club-elected salary arbitration with Matthew Tkachuk. This provides us the opportunity to continue to work with his representatives towards a contractual resolution while removing the possibility of an offer sheet,” the club wrote in a tweet Monday.

The move fuelled speculation that another team was looking to sign Tkachuk, and that Calgary could potentially move the forward in a trade.