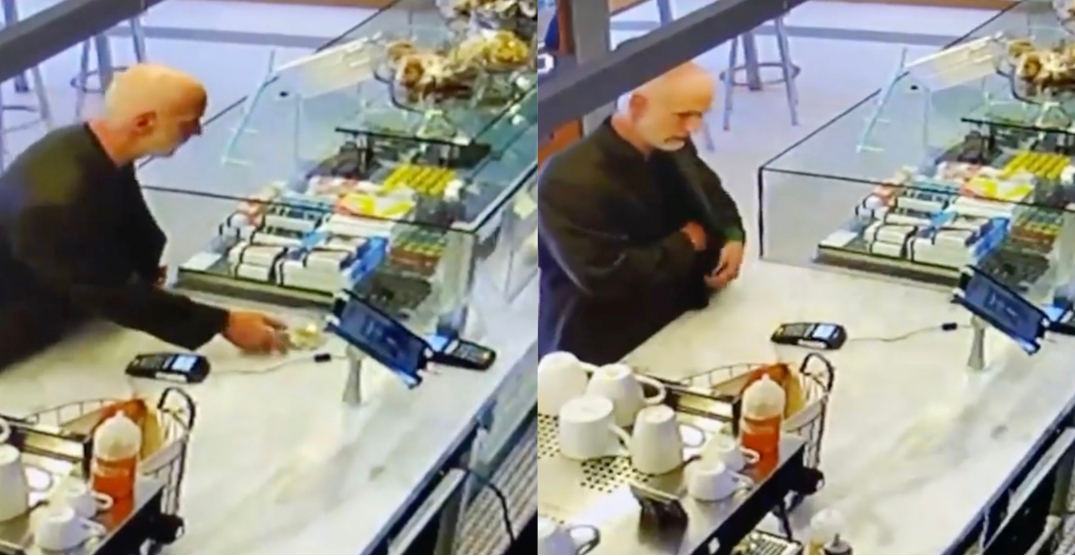 A West Vancouver pastry shop is putting the word out to other establishments in the area after an incident involving a man stealing the tip jar from the counter.

Temper Chocolate & Pastry is located in West Vancouver and the bakery shared a video of an incident that occurred earlier this week on Tuesday, August 2.

In the video, an elderly-looking man looks to be casually paying for some goods. When the cashier walks away, he grabs the tip jar located by the point-of-sale system and slips it into his jacket. He then continues with his payment, says goodbye to the cashier, and calmly walks out of the store carrying a bag. It’s unclear how much money was stolen.

In an Instagram video, Temper shared a bit more detail about what happened, and how it has made the bakery feel.

“We are posting this video to warn other local merchants.”

“This is absolutely unacceptable. Hard to believe you can open your doors and service to someone, only to have them act in a way that even children know is wrong.”

Temper is asking anyone who might know the man that was caught stealing the tip jar from the West Vancouver establishment to email [email protected] Someone in the Instagram comments alleged that the same person stole the tip jar at the Bean Around the World in Ambleside.

“And to all the other shops along our strip (and beyond) keep your eyes open.”

Daily Hive has reached out to Temper and West Vancouver police for comment.