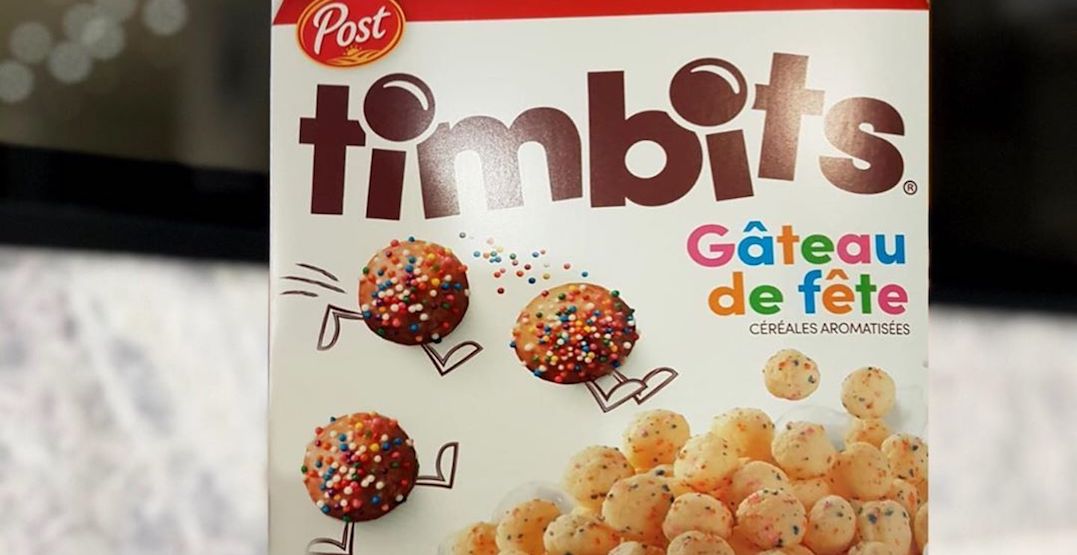 Tim Hortons has been going all-in on the innovative product launches lately. Could Timbits cereal be next?

From egg-free eggs to offering soup in grocery stores, the Canadian institution is jumping to new heights in order to keep up with the fast-paced and ever-changing world of food trends.

And it looks like the brand could be bringing another fresh new item to the (breakfast) table.

Photos of Timbits cereal have taken the Internet by storm, but the images are leaving folks across the nation with more questions than answers.

Cereal Life shared an image of the sweet-looking (birthday cake flavoured) treats to Instagram on Monday morning, and tagged the eatery’s Toronto-based Innovation Cafe, at 130 King Street, in the post.

Earlier this month, Twitter-user Rob Turudić posted an image of the same flavour of cereal. When reached for comment, Turudić told Daily Hive that the product was handed out at a vendor visit, and the photo was sent to him by a friend that works for a large chain.

He wasn’t able to taste the creation, he said. 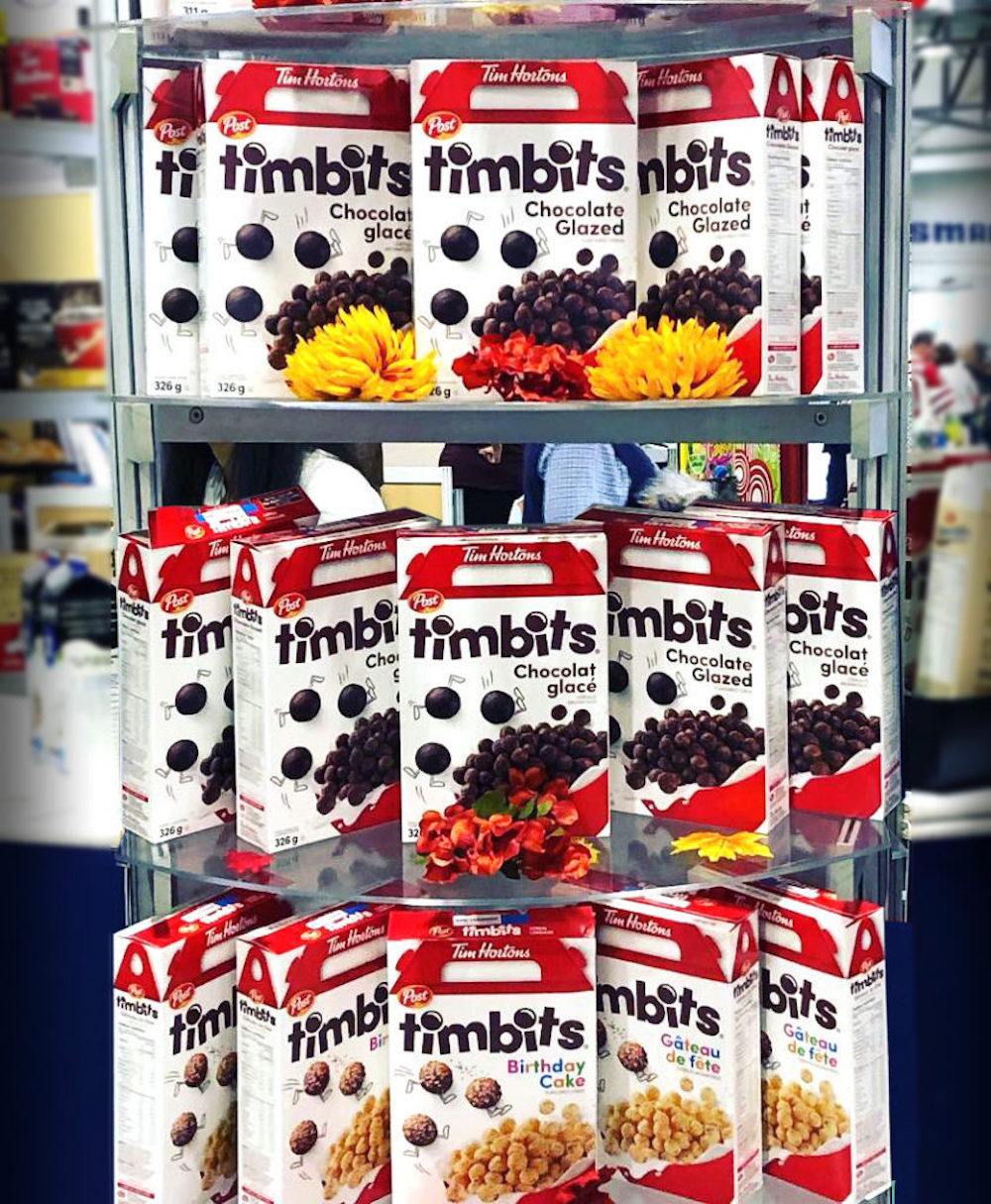 The photos are limited, with the above three being the only ones in circulation at this time. And the response from the Internet is mixed.

… to a declaration that the country has reached its highest point. Folks are polarized.

tim hortons is coming out with timbits cereal canada is Peaking

But the biggest question that remains is… what’s actually happening with this stuff? Are the photos real? And if they are, when, where, and how will Canadians be able to get their hands on bite-sized-donut-flavoured-cereal?

“Tim Hortons is always looking into new products that may offer more choice to Canadians, however, we have nothing more to share at this time,” a spokesperson from the company told Daily Hive.

So, for now, all we have are some photos… and a dream.