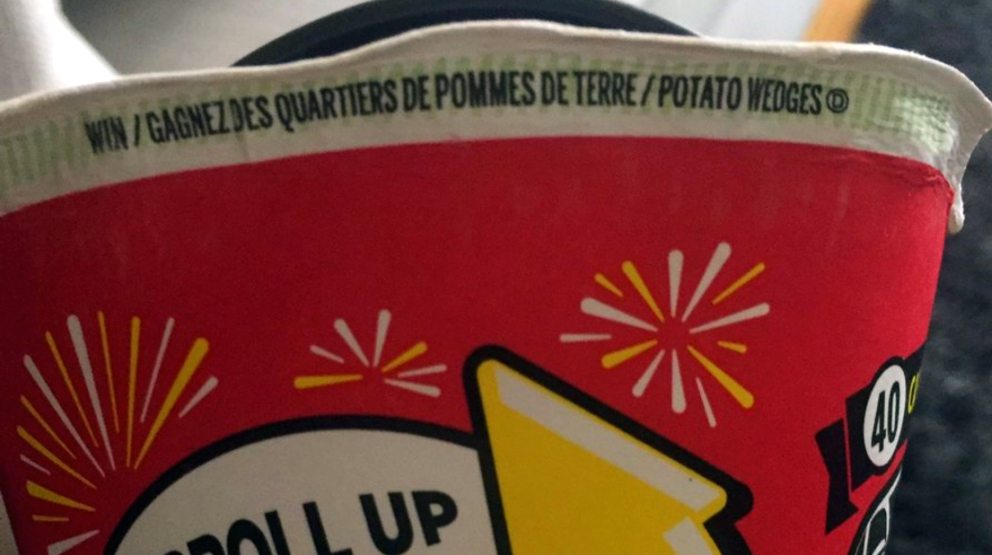 Tim Hortons’ annual Roll Up The Rim To Win contest kicked off last week and while the chance to win a car or coffee is generally a welcome pick-me-up in the depths of winter, there’s one specific prize offering that’s perplexing a lot of Canadians.

Just the thing you’ll want when you’ve finished that first double double of the day.

See how Canadians have reacted to ‘winning’ potatoes with their coffees.

Idk how to feel about winning free potato wedges from tims at 7:41am

o roll up the rim. I pray for coffee and you give me potato wedges? wtf?

Co-worker won ‘potato wedges’ for roll up the rim and he’s more irate at that than not winning at all.

There’s a one in ten chance that adding potato wedges to roll-up maaay destabilize the entire nation.

No @TimHortons I do not want to eat potato wedges from your store… 1/4 pic.twitter.com/BNeaKubGsq

Umm… Roll up the rim and getting free potato wedges? Thats the best ever! Add chipotle dipping sauce!!! #timhortons