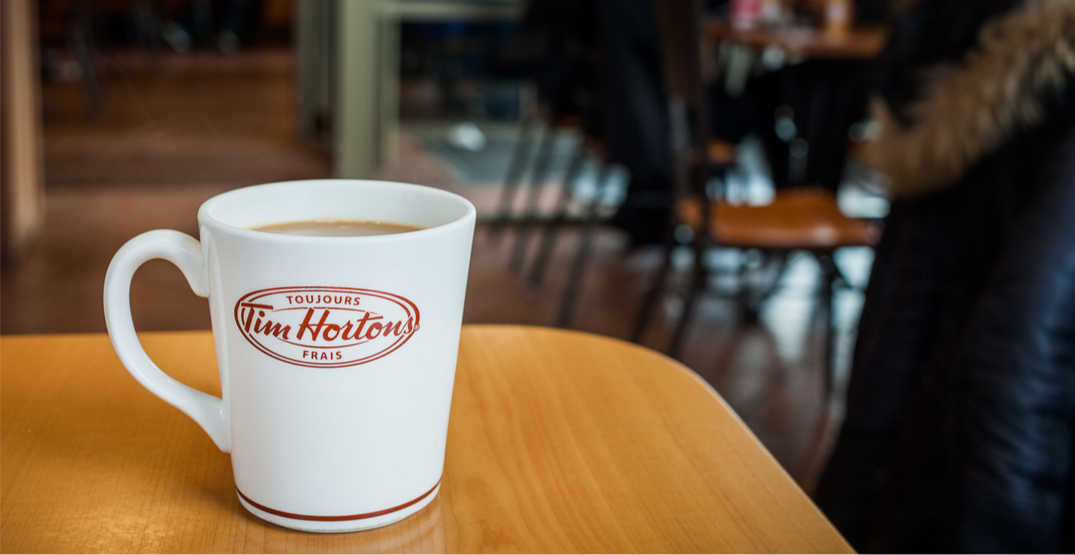 You'll no longer see these cups at Tim Hortons/ Shutterstock

Fast-coffee giant Tim Hortons revealed on Friday that they would be temporarily suspending the use of reusable cups at their locations across the country due to CONVID-19.

The risk in Canada for the virus is low, according to public health officials, and Tim Hortons said in a statement it has not received specific advice for the move but “after listening to our restaurant owners and comments from our guests, we are going to pause on accepting reusable cups at this time.”

The company said it will also be sourcing extra gloves, hand sanitization gel, and other essential cleaning materials to prepare for the coming months.

“As the COVID-19 situation evolves, we will continue to be prudent and never compromise on doing the right thing for our guests, team members and the communities we live and work in,” Tim Hortons said in the release. “As information and guidance from public health officials changes, we will reassess and change our procedures and protocols accordingly.”

Customers who use the Tim Hortons app and bring in a reusable cup after March 10 will still be eligible to receive the company’s three digital Roll Up the Rim entries, but will still have to take their coffee in a disposable mug.

The move comes after Starbucks made a similar announcement on Thursday, saying they were suspending the use of personal cups due to concerns over the virus.

On Thursday, eight new presumptive cases of the virus were confirmed in British Columbia, bringing the total number in the province to 21, while confirmed cases in Ontario sit at 22, including one patient believed to have travelled to Las Vegas.

The same day, the first presumptive case of coronavirus was detected in Alberta and Quebec reported its third.

As of March 5, the Government of Canada has confirmed 45 cases of coronavirus in the country.