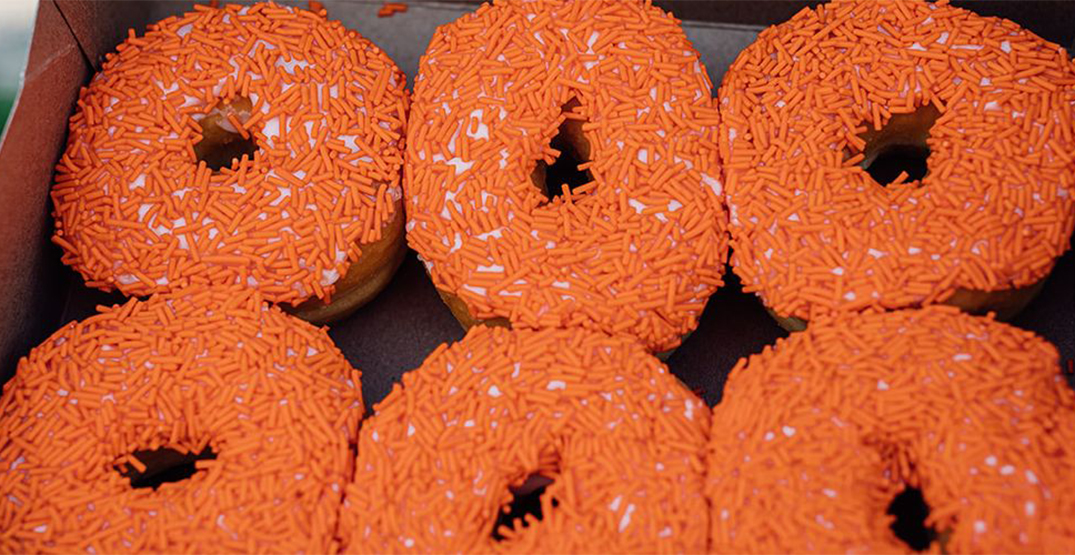 Tim Hortons has donated $1.9 million to organizations benefitting residential school survivors after selling thousands of orange sprinkle donuts on the National Day for Truth and Reconciliation.

The restaurant sent 100% of retail proceeds to the Orange Shirt Society and the Indian Residential School Survivors Society.

The owners of a restaurant in Kamloops came up with the idea to sell the orange donuts, and 2,300 of them flew off the shelves at that location on the first day of the campaign — the highest one-day total in the country.

“We can’t say thank you enough to everyone across Canada who supported this campaign – it’s such an amazing result, and we are so proud,” said Shane Gottfriedson, Tim Hortons restaurant co-owner and former Tk’emlups te Secwepemc First Nation Chief and former BC regional Chief for the Assembly of First Nations.

A group of Indigenous Tim Hortons restaurant owners pitched the plan after consulting with Indigenous leaders. Across the country, more than 1,500 restaurants sold orange donuts.

The donuts went on sale September 30, the first National Day for Truth and Reconciliation, and were available for a week afterwards.

The IRSSS said in a news release that the donation would help it continue its programming for survivors and offer additional counselling and therapy sessions.