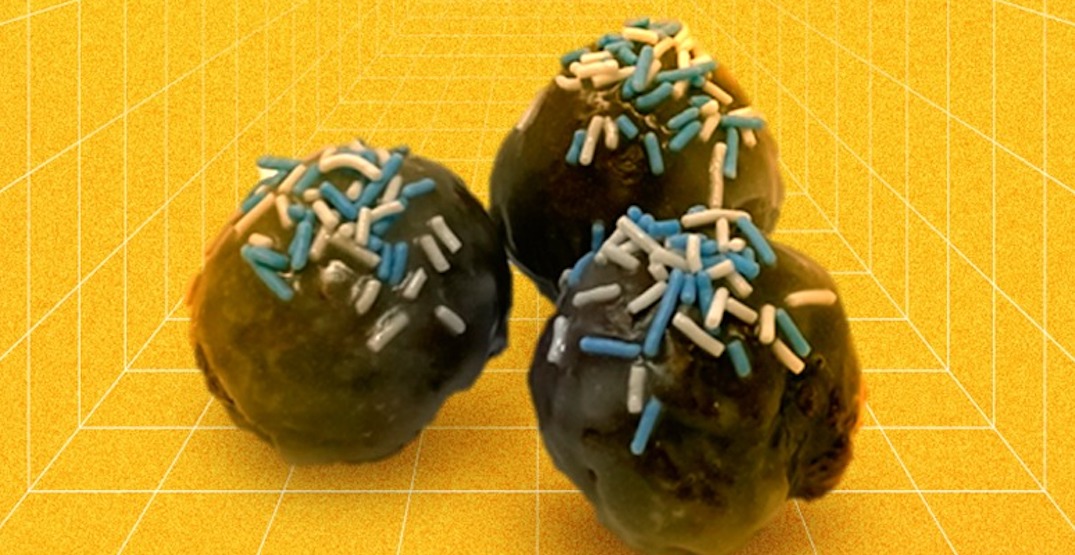 Unfortunately for some, these are only available in Toronto.

According to the hockey team’s Twitter account, the new chocolate glazed Timbit with blue and white sprinkles will be available at participating restaurants in the downtown core.

The Next Gen Timbits from @TimHortons are here!!

The Next Gen Timbits come following the release of the Leaf’s collaboration with Justin Bieber to create a one-of-a-kind Next Gen alternate jersey.

The jersey is black with white trim on the numbers, and blue accents. They’re also reversible and when flipped, feature a black and gold Leafs logo inspired by Bieber’s drew house brand.

The Leaf’s Timbits are available for a short time only, until April 5. Snag a bite before it’s too late.