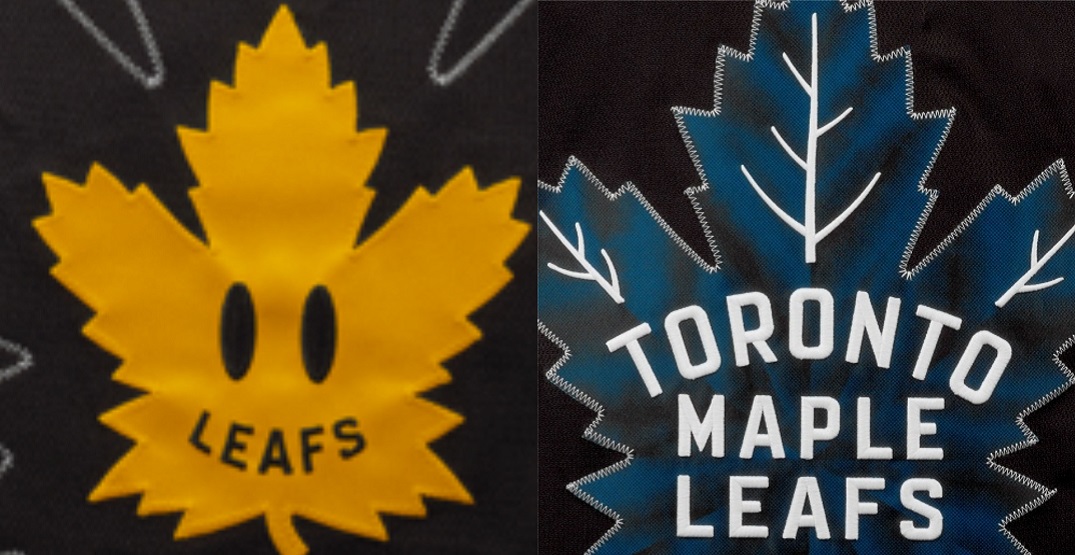 For the second time this season, the Toronto Maple Leafs have debuted a new jersey.

But this one looks totally different than anything the Leafs have done before, with the team collaborating with Justin Bieber to create a one-of-a-kind look for their Next Gen alternate jersey.

The jersey features a black base, white trim on the numbers, and blue accents for a Leafs jersey that the team describes as a “uniform that has never been seen in sport.” 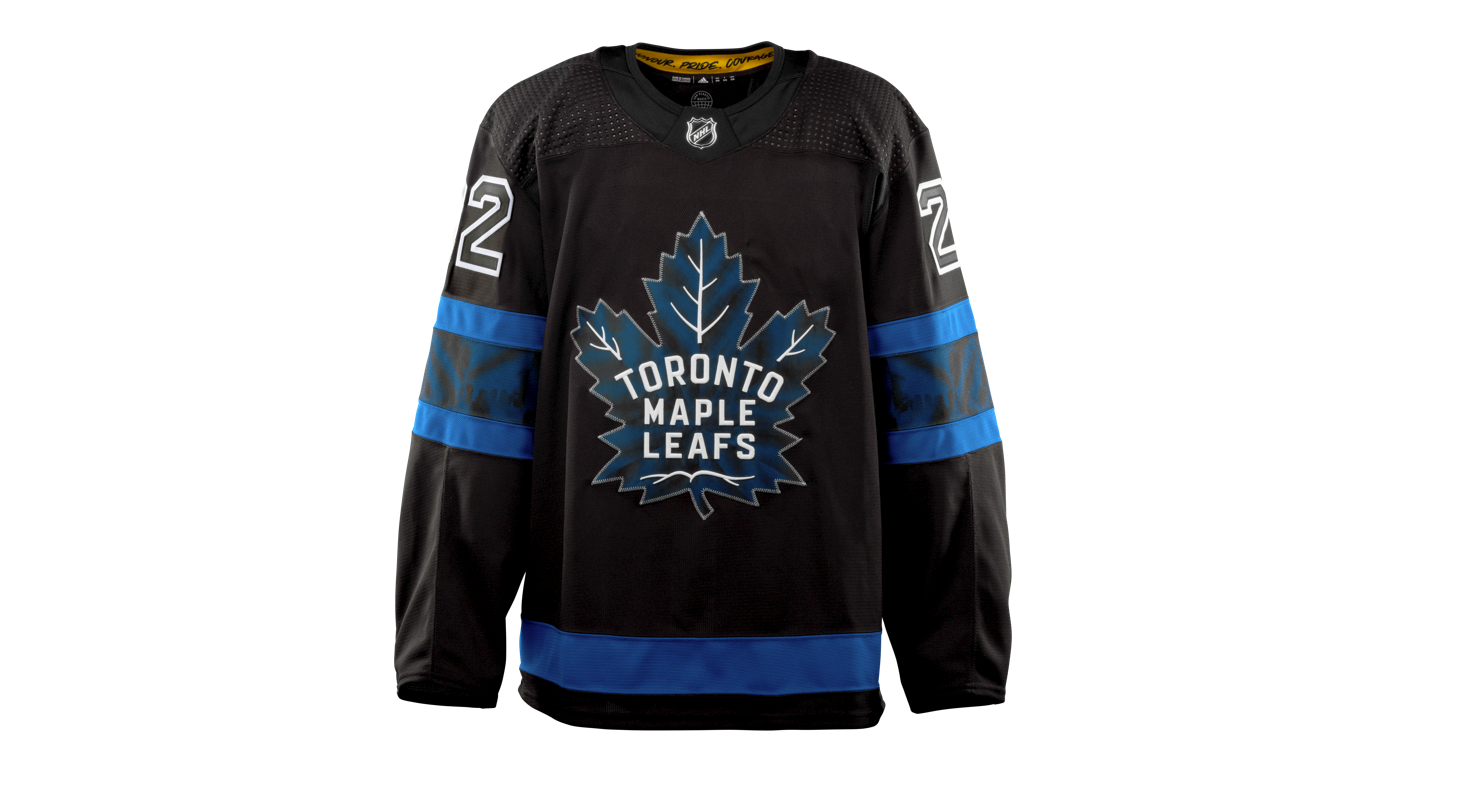 “My love for the Maple Leafs has always been a big part of who I am, and my passion for the team, and the passion of millions of fans, is stitched into this Next Gen sweater,” said Bieber. “I’m grateful to the Leafs for the chance to team up again to create something so authentic for the team and its fans.”

The main side of the uniform features a “a shibori-inspired print” as well as the and the Toronto skyline “subtly woven into the bands on the arms of the sweater and the uniform’s socks.”

The jersey is actually reversible for fans to wear off the ice, with the interior of the jersey sporting a black and gold Leafs logo inspired by Bieber’s drew house brand. 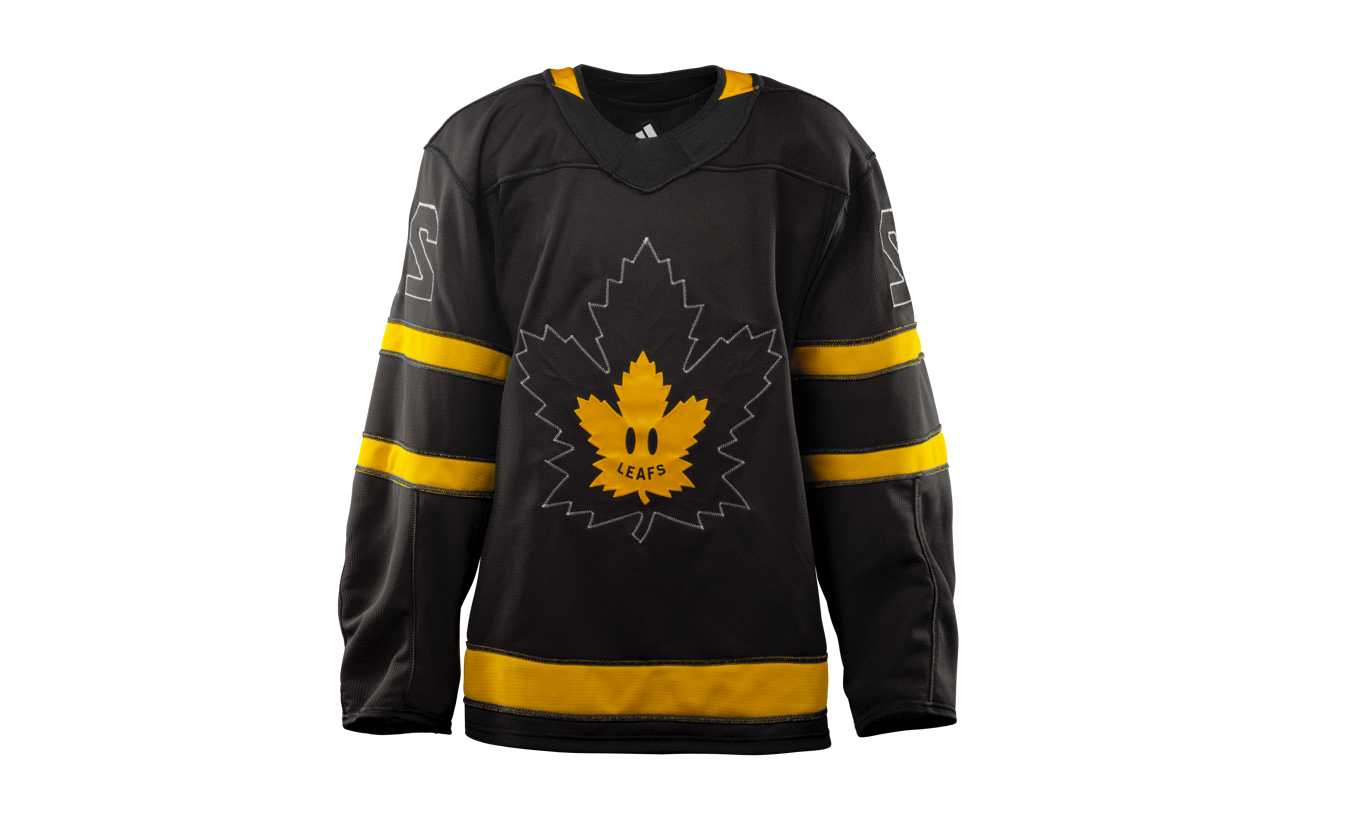 “At adidas Hockey, innovation is at our core and introducing the Leafs’ reversible alternate jersey is the latest example,” said Dan Near, Senior Director adidas Hockey.

Toronto will be wearing the uniform at tomorrow’s Next Gen game against the, if you’ll pardon the pun, the New Jersey Devils. The Leafs first introduced their Next Gen games in 2017 as part of the organization’s 100th anniversary celebrations as a way to “mark a celebration of youth in the community and to unite fans of all ages through the team and the game of hockey.” 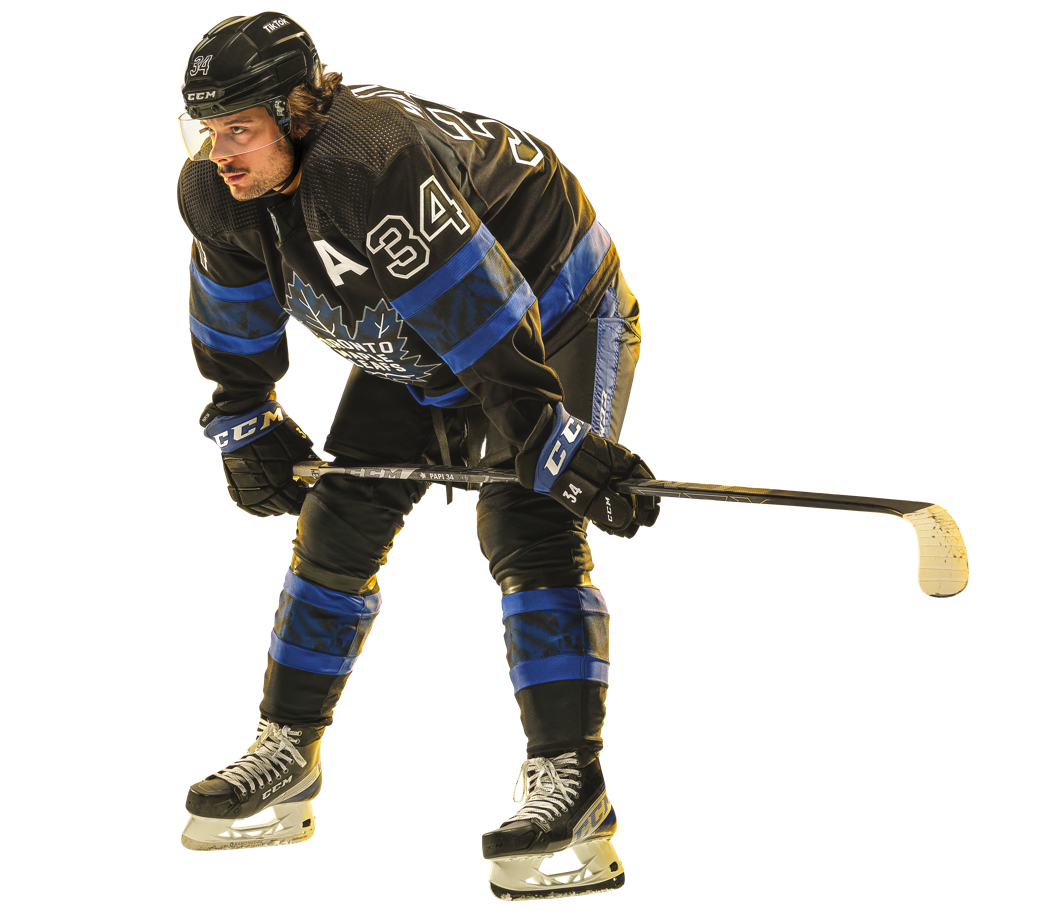 The Leafs have experimented with darker jerseys before, including this year’s Heritage Classic look. But they’ve never used a black base as they are doing here, in their 15th alternate jersey in team history.

We’ll be rocking the black and blue, hby?

“We are excited to be able to take Next Gen to another level with this special uniform designed with our next generation in mind,” said Brendan Shanahan, Toronto Maple Leafs President and Alternate Governor. “The opportunity to collaborate with Justin and drew house to create such a unique alternate sweater will make it even more special for our fans and the team.” 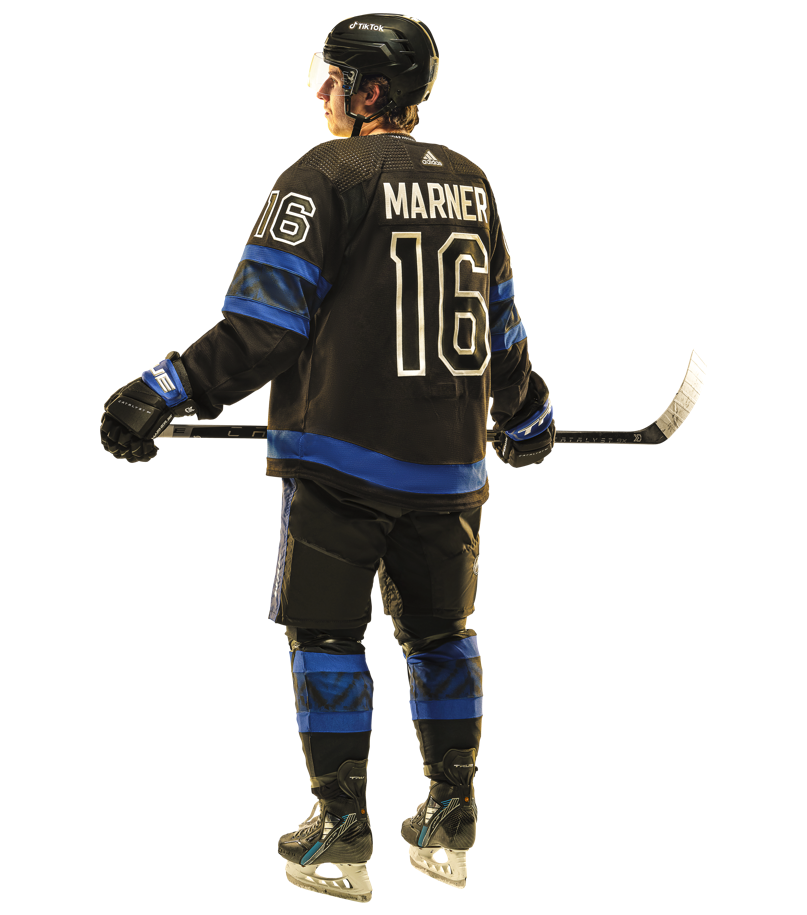 Over the past month or so, the Leafs offered up a few hints as part of their “The Flipside” campaign, telling fans to “Stay Tuned” for more details on March 2.

Eagle-eyed fans may have actually noticed Bieber wearing the jersey when he was spotted out with Martha Stewart in Los Angeles earlier this month, though we couldn’t see the full thing.

The jerseys are expected to be available for purchase online at shop.realsports.ca, NHLShop.com, NHLShop.ca, adidas.com, and adidas.ca and at NHL Shop in New York City.