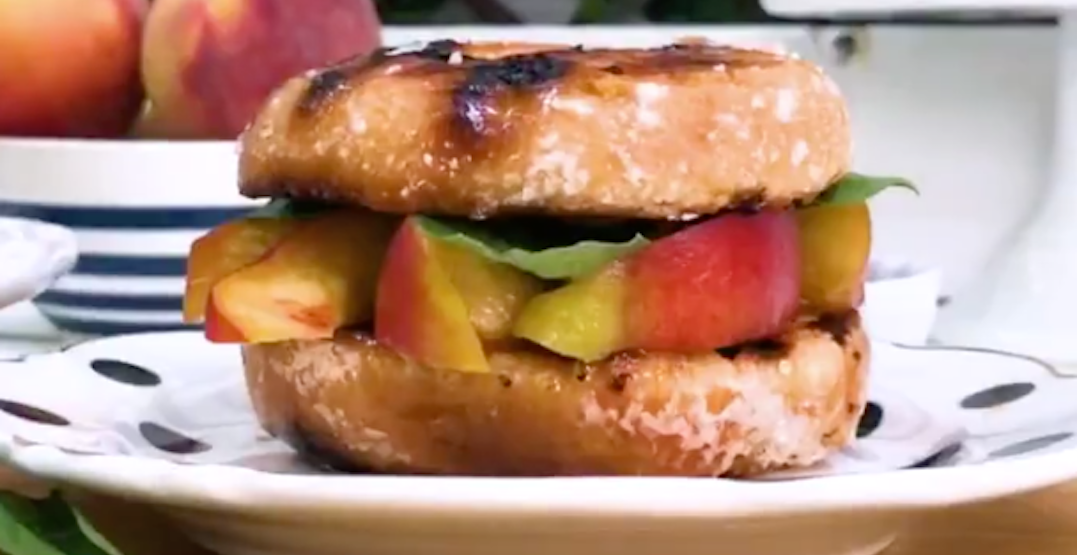 Seasonal desserts just might be the pinnacle of summer.

Ice cream, cobbler, fruit salads and… grilled doughnut sandwiches? According to a new recipe video from Tim Hortons, it’s a yes on the latter. And we stan.

The coffee purveyor took to Twitter this weekend to share a sweet treat idea that’ll be do-able for anyone with a Tims nearby, plus a hot surface for grilling.

The video encourages viewers to grab a box of honey dip doughnuts, slice ’em in half, and fire up the BBQ.

Each doughnut slice should be grilled on each side until they’re a little bit browned, and then the fun begins.

Tims suggests topping one doughnut half with a scoop of vanilla ice cream and a sprinkling of berries, before sandwiching the snack with the other half of the doughnut.

Other topping suggestions include coffee-flavoured ice cream and chocolate shavings, or peaches, a drizzle of honey, and basil leaves.

Not sure about you, but after watching that vid (on repeat), we know what we want for dessert tonight. And probably breakfast tomorrow, too.