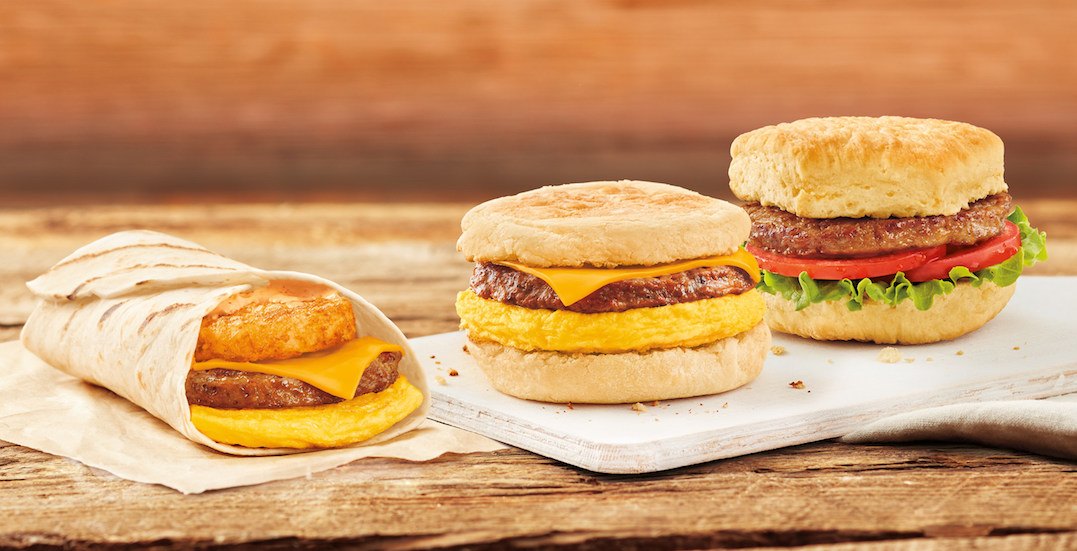 Tim Hortons has announced that starting today, select stores will be testing three breakfast sandwiches made with the Beyond Meat Breakfast Sausage patty.

You can look forward to the classic Breakfast Sandwich, Farmers Breakfast Wrap and a Beyond Meat Vegan Sandwich, all featuring the patty.

And as long as all goes well with the testing, a complete national roll-out is expected by the end of summer.

“Canadians are looking to incorporate plant-based options into their diets and we’re thrilled to partner with Beyond Meat® to test three Beyond Meat Breakfast Sandwiches – including an entirely vegan offering if the market test confirms the potential we see for the platform,” says Alex Macedo, President of Tim Hortons in a release.

“With roughly 4,000 locations in Canada, we’re looking forward to being able to offer Canadians from coast-to-coast a truly accessible meat alternative that they can feel good about.” 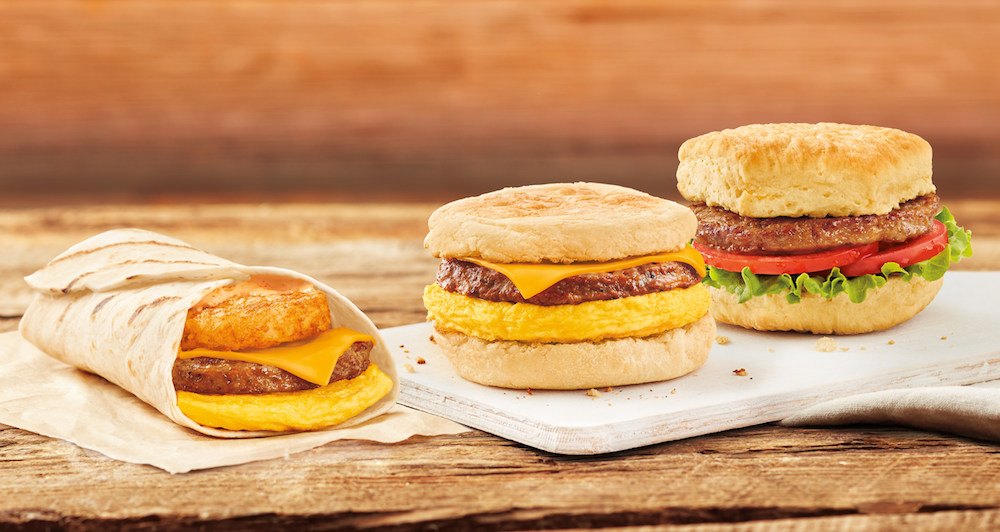 “We’re excited to team up with Tim Hortons to bring the health and environmental benefits of our plant-based Beyond Breakfast Sausage patty to more consumers,” says Ethan Brown, founder and CEO of Beyond Meat in the release.

“A national launch would allow us to further our mission of making delicious plant-based products more readily accessible to Canadians nationwide,” Brown said.

In addition to the new Beyond Meat options, the Breakfast Anytime menu will see the introduction of Omelette Bites this week. You’ll be able to get these little bites in Bacon and Cheese or Spinach and Egg White.

Get ready to start your day the plant-based way.