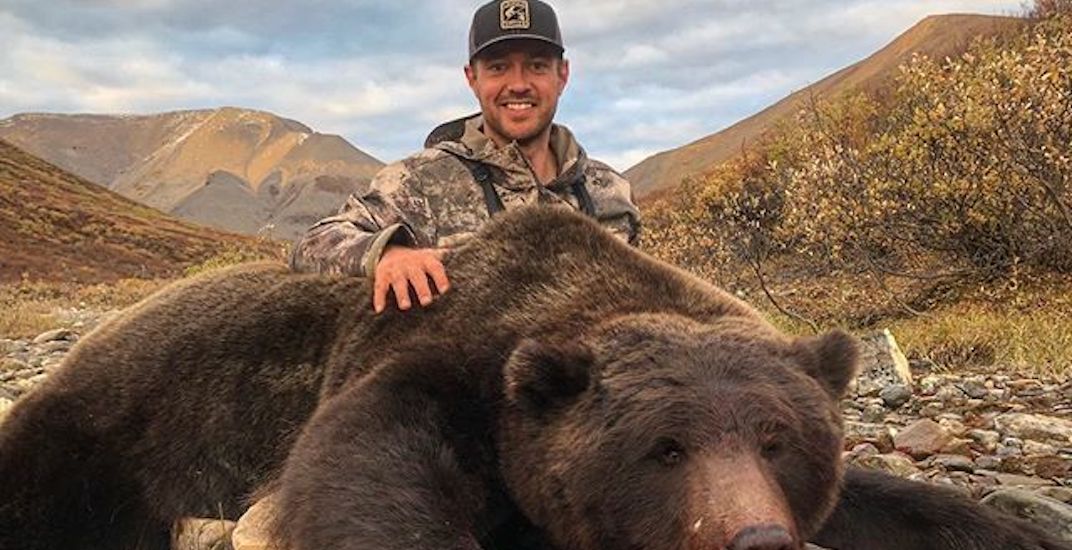 An ex-NHL hockey player is in hot water with many fans online, after posting photos from a recent hunting trip in the Yukon.

Clearly an avid hunter, the 34-year-old native of Cambridge, Ontario either didn’t know or didn’t care about the backlash he’d receive.

Alright folks, here is my Mountain Grizzly! We put an awesome stalk on him but he spotted us at about 75 yards. Instead of taking off he turned and came right at us. It was very easy to tell this boar owned the valley we were hunting in and wasn’t scared of anything! When he… pic.twitter.com/CkgybKe5Mc

There’s an estimated 6,000 to 7,000 grizzlies living in the Yukon. I won’t get into the complex laws governing hunting in the territory, but it is possible to kill a grizzly bear legally there, and there’s no indication that Brent broke any laws. He also appears to keep the meat, rather than merely hunting for sport.

But for many, hunting is not a question of legality, it’s one of morality.

I’m sure I’m not alone in thinking it was a shame he didn’t catch you first.

People here arguing that ‘Grizzly bears need to be culled’ – assuming that is true (hmmm…), then why do the hunters have to take selfies? This is never about ‘protecting’ people from animals – it is all just about ego.

Do you not think it’s crazy that such a magnificent specimen owned the valley, fending off challengers and hunting to survive then suddenly you came along and ended his life for sport?

He was defending his territory.

And your an asshole.

You’re gross. That animal was majestic.

Brent wasn’t shy about sharing photos from his trip, including another one of his conquests:

MY YUKON MOOSE
I am absolutely humbled by this animal. We all have times we hunt hard and don’t get rewarded, and then every once in awhile we get lucky and are in the right place at the right time (having a pretty awesome father-in-law doesn’t hurt either!). The stars defi… pic.twitter.com/UXvA0CbnUw

This story will remind many of another hockey player – David Booth – who was criticized harshly for bear-baiting while a member of the Vancouver Canucks in 2012.

Like Booth, Brent doesn’t seem to care about what other people think of him, telling one Twitter user: “If they don’t like me because I am a hunter, I would have never been worried about them liking me in the first place.”