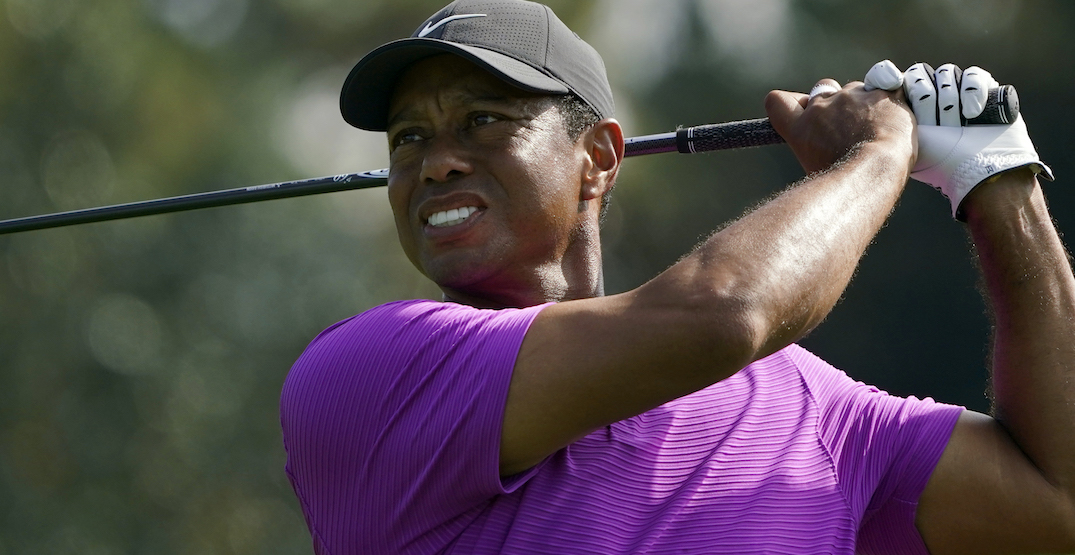 Tiger Woods was taken to hospital after he was involved in a “single-vehicle roll-over traffic collision” this morning in Los Angeles.

The 45-year-old pro golfer’s vehicle sustained “major damage,” with firefighters and paramedics needing the “jaws of life” to remove Woods from the car, according to a media release by LA County Sheriff’s Department (LASD).

Tiger Woods’ vehicle after the crash this morning that now has him in surgery for what his agent is calling “multiple leg injuries.” pic.twitter.com/VbI5qvyj8g

According to a statement provided to multiple media outlets from Woods’ agent Mark Steinberg, Woods suffered “multiple leg injuries” and is “currently in surgery.”

Statement from Mark Steinberg, Tiger's Agent: "Tiger Woods was in a single-car accident this morning in California where he suffered multiple leg injuries. He is currently in surgery and we thank you for your privacy and support."

The LASD says it responded to the collision around 7:12 am this morning, on the border of Rolling Hills Estates and Rancho Palos Verdes, located south of the city of Los Angeles, just west of Long Beach. Woods was the lone person in the car, and a traffic investigation is being conducted by investigators from LASD Lomita Station.

This morning @LMTLASD responded to a roll-over collision in which @TigerWoods was injured. Please see our statement… pic.twitter.com/cSWOxKZC1w