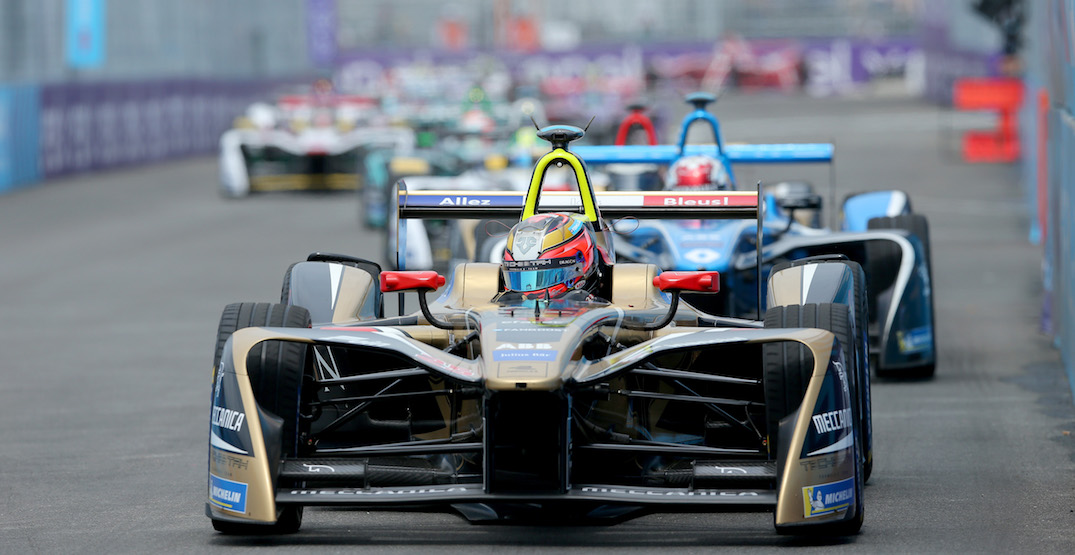 Start your engines, because Vancouver’s Formula E race is ready to start.

After an 18-year absence, racing returns to False Creek next summer, as part of a new three-day event from June 30 to July 2. Tickets to the Vancouver event start at $70, and go on sale this Friday at noon on the Canadian E-Fest website.

Electric-battery race cars will be making laps around a street circuit, winding through the Concord Lands, along Pacific Boulevard between Griffiths Way and Quebec Street, and along Quebec Street between Pacific Boulevard and Central Street. Grandstands and other viewing areas will have a capacity of 56,000 spectators. 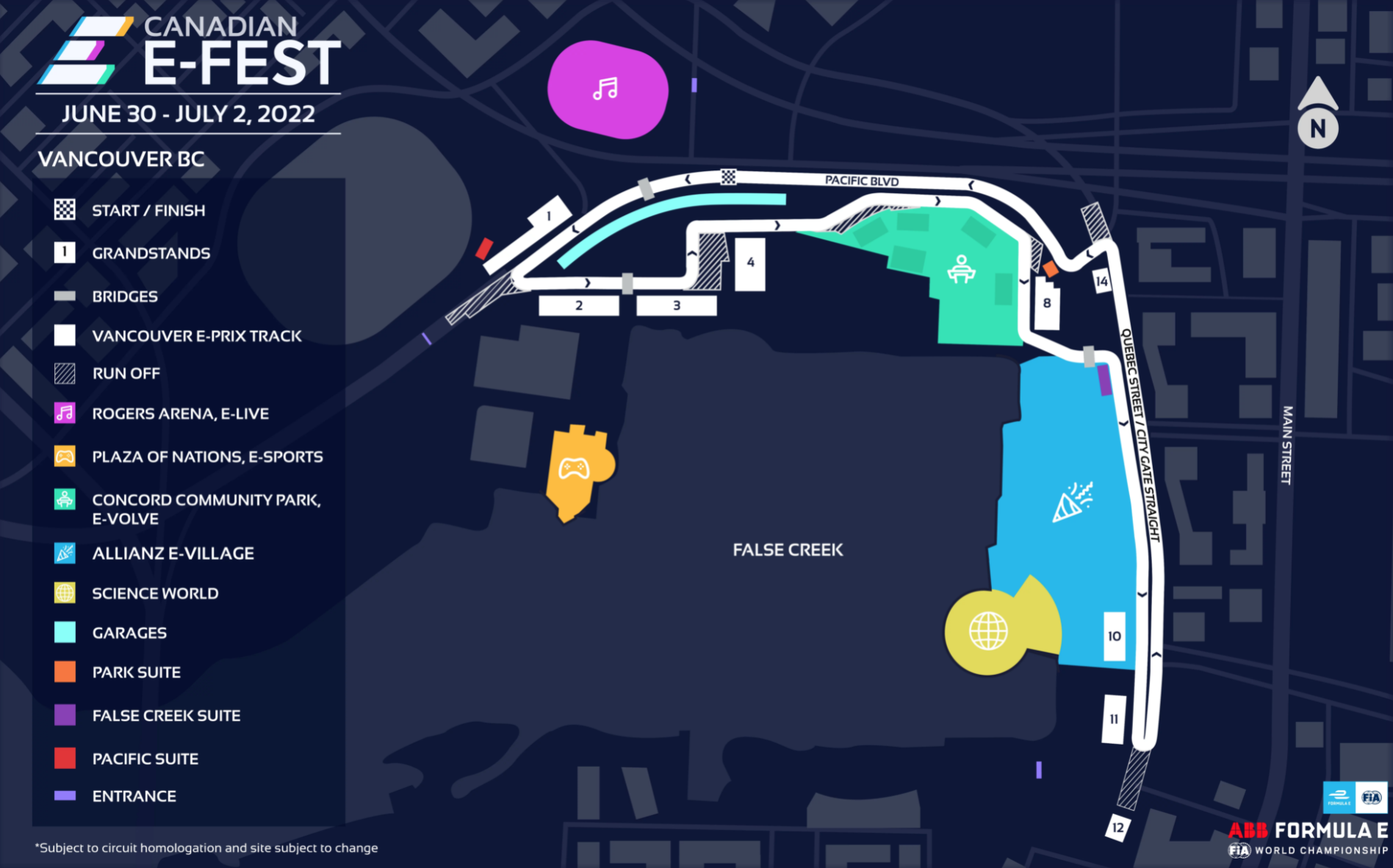 The Vancouver E-Prix will use 56% fewer public streets compared to the last Molson Indy race held in the Vancouver in 2004, and complete road closures will last for only 48 hours. The emitted noise of battery-electric race cars is far lower than traditional motorsports, and even below SkyTrain.

In addition to the car race, the event includes a pair of concerts at Rogers Arena, a celebrity race, an esports tournament, and a conference on climate change and sustainability. Organizers say the event is expected to top $80 million in economic value, and create approximately 3,000 jobs.