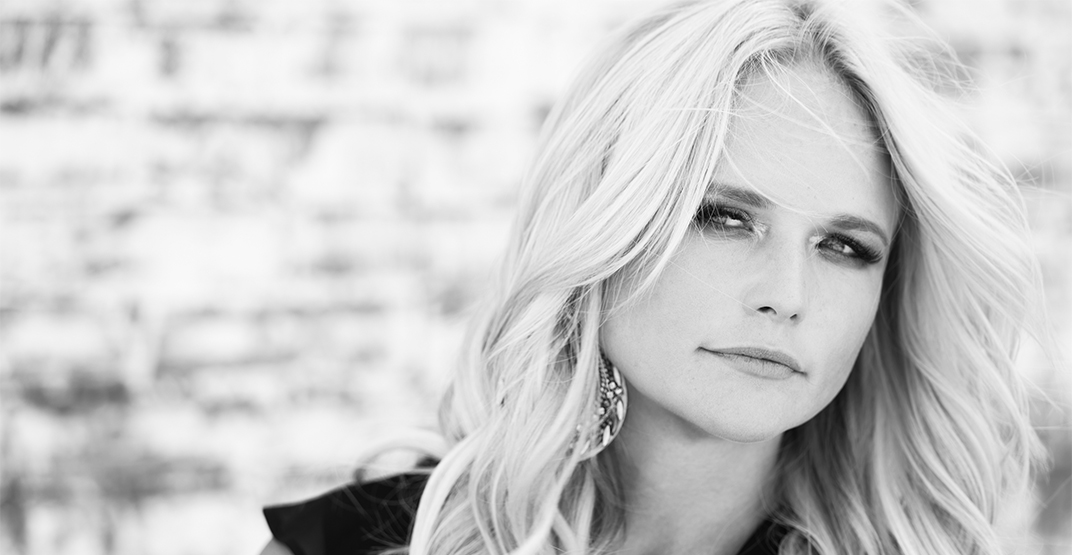 Country music star and CMA Female Vocalist of the Year nominee, Miranda Lambert, is coming to Vancouver next spring.

The “White Liar” singer will be performing at Pepsi Live at Rogers Arena on Saturday, April 25 during her highly-anticipated Wildcard Tour. Joining Lambert on tour will be country music band LANCO and fellow CMA nominee Cody Johnson.

Lambert’s seventh studio album, Wildcard, drops on November 1 and concert attendees across North America will get to hear tracks from the album live at 27 high-energy shows.

Fans can also support Lambert’s Fill the Little Red Wagon campaign by donating dog treats, food, supplies, and cash, at the shows to help pets in each city find a home.

Tickets to see Miranda Lambert at Rogers Arena are on sale now, starting at $30.50 via Ticketmaster. However, you could win two free tickets to the show by entering the contest below!

To enter for your chance to win two tickets to Miranda Lambert’s Wildcard Tour live at Rogers Arena on April 25, 2020, do at least one of the following:

Contest entries will be accepted from the time and date of publishing until 11:59 pm on November 4, 2019. One winner will be chosen at random and contacted through the platform they used to enter.