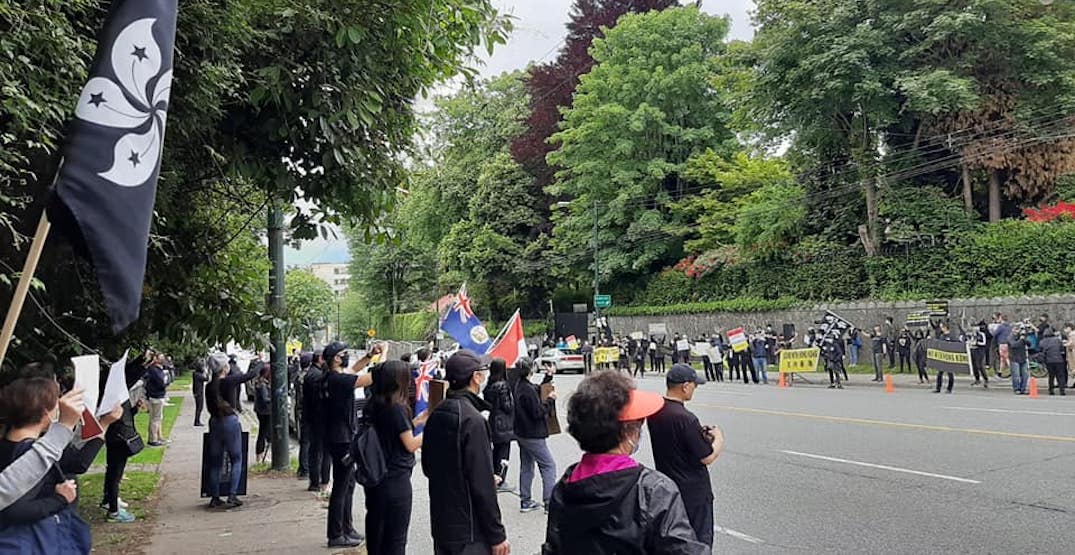 The Vancouver Society in Support of Democratic Movement is staging a candlelight vigil tonight to commemorate the estimated thousands of students and civilians who died in the Tiananmen Square massacre on June 4, 1989.

This year’s vigil, from 9 pm to 9:30 pm outside the Chinese Consulate in Vancouver, will take on an added special tribute to the pro-democracy protesters who died in Hong Kong over the past 12 months.

Every year since 1990 on June 4, mass crowds of Hong Kongers gather in a vigil to remember those who loss their lives in the Beijing pro-democracy movement during the tail end of the Cold War. In contrast, within Mainland China, the massacre is one of the most censored topics.

Tanks and armed soldiers crushed the months-long protest seeking new freedoms and a democratic shift away from the Communist Party of China’s rule.

The 2019 vigil was far larger than usual and carried more meaning than previous years. It was held just three months after the Hong Kong government introduced an extradition bill that would have allowed anyone in the city to be sent to Mainland China to face trial. The bill was eventually withdrawn, but by then the protests became a broad pro-democracy movement.

While officials banned this year’s vigil due to coronavirus concerns, thousands of protesters still gathered, defying police and the National People’s Congress recent passing of the national security law imposed on Hong Kong.

Thousands packed into #hongkong‘s Victoria Park on Thursday to mark 31 years since the Tiananmen Massacre, despite a police ban#TiananmenSquare #TiananmenSquareMassacre pic.twitter.com/xS9S7jckCI

2020.06.04 Thousands of Hongkongers gathered at Victoria Park to commemorate the victims of #Tiananmen Massacre even though police banned the annual vigil for the first time in 30 years.#HongKong #Hongkongprotest #TiananmenSquareMassacre pic.twitter.com/JrTRZuNwq3

The annual vigil has become an enduring symbol of Hong Kong’s unique rights under Chinese rule after Britain’s 1997 handover. Under the “one country, two systems” model of governance, agreed by China and London for a period of 50 years after the handover, Hong Kong was provided with a high degree of autonomy and freedoms, including freedom of assembly, free press, and an independent judiciary.

The national security law from Beijing, without passing through the Hong Kong legislature, has been widely criticized, seen as the most significant affront to “one country, two systems” yet. The pro-democracy movement is concerned that this law will provide both the Beijing and Hong Kong governments with new powers to crush dissent. It also allows China to install national security organizations within the city.

Events in Hong Kong and China during the 1980s and 1990s — Britain’s decision to handover Hong Kong to China, Tiananmen Square massacre, and the lead-up to the actual handover — have had a profound effect on the immigrant populations of global cities like Vancouver, Toronto, New York City, London, Singapore, and Sydney.

In addition to today’s in-person vigil, there will be a virtual memorial live stream, starting at 6 pm PDT: