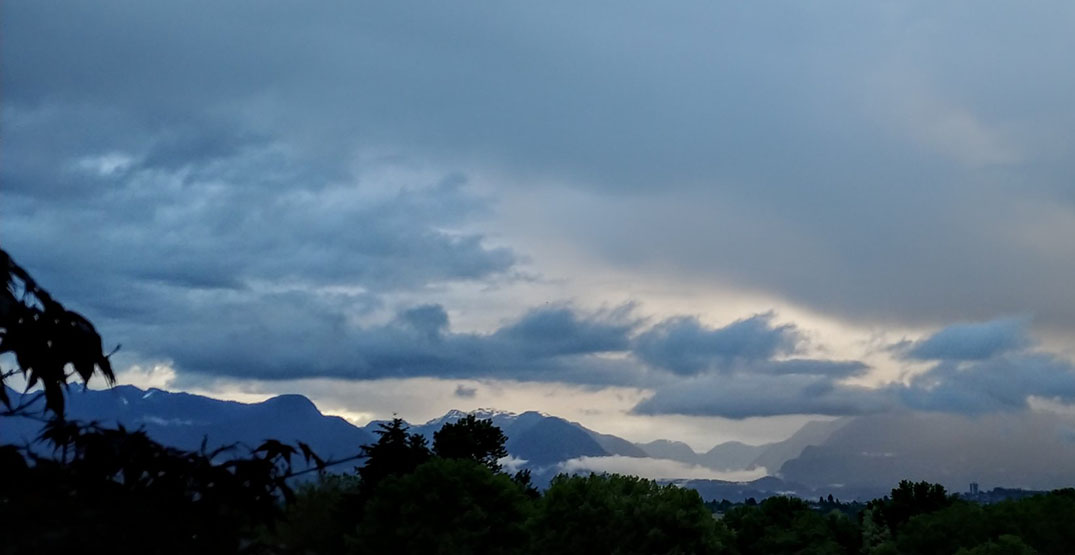 They were the all-natural sounds of a relatively rare South Coast thunderstorm.

Environment Canada meteorologist Johnson Zhong told Daily Hive in a phone interview that the first lightning strike was recorded at Vancouver International Airport around 4:30 am, and the cell drifted northeast towards SFU’s Burnaby Mountain campus over the next hour.

At the same time, a second thunderstorm was letting rain down over North Vancouver.

“Over the BC coastal regions [thunderstorms are] much less common,” Zhong said.
“We have a lot of thunderstorms over the prairie provinces all the way to Toronto.”

Vancouver usually gets one or two thunderstorms per month in the summer, Zhong said.

They’re less common here because the prevailing winds come from over the Pacific Ocean, carrying relatively cool air, Zhong explained. Thunderstorms usually need an “unstable atmosphere” to develop, he said. That means temperatures above 30C at ground level and cooler air above, which rarely happens in Metro Vancouver.

Several residents shared on Twitter that they were woken up around 5 am by the loud noises.

Last night there was a thunderstorm for the first time in I think a year and a half here in Vancouver. It woke me up from my sleep, and I honest to God thought I was hallucinating.

Canada has changed me

A 5:31 *am* thunderstorm series in Metro Vancouver. Multiple lightning bright enough to wake me from sleep and loud peaks of thunder. In Vancouver. In the early AM.

Environment Canada’s forecast calls for a chance of Thunderstorms during the day Saturday, but the sun is scheduled to return on Sunday.